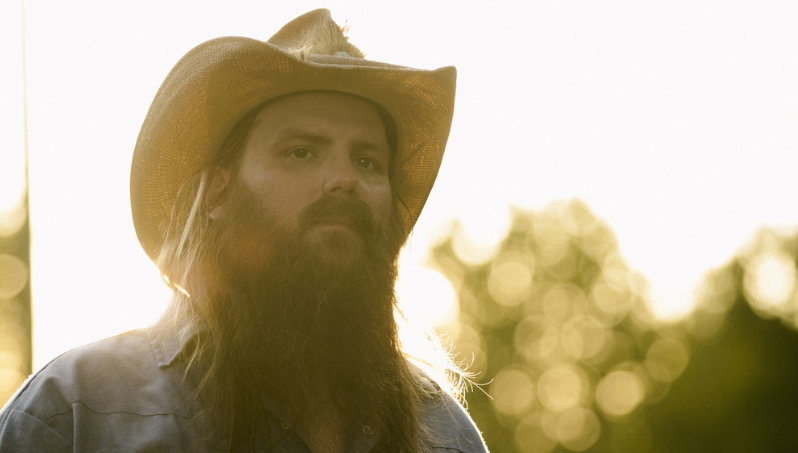 Chris Stapleton has revealed that new music isn’t a million miles away and that he has been working with Tom Petty & The Heartbreakers guitarist Mike Campbell.

Stapleton’s last record came out in December 2017 and a third  – or fourth, depending on whether you view ‘From A Room’ as two separate albums or a double album – record has been much anticipated by his fanbase.

The country world now has some firm details on how that is coming along now, as just before Keith Urban’s All for the Hall Benefit Show at the Bridgestone Arena in Nashville on February 10, Stapleton gave an update on his current situation.

Speaking to Rolling Stone about working with Campbell, Stapleton – who has been recording in the fabled RCA Studio A in Nashville with as producer Dave Cobb – heaped praise on the musician and said that while he didn’t want to raise expectation levels, he does think there’s a good chance new music will be on the horizon.

“He’s probably my favourite guitar player of all time,” Stapleton said. “To sit around with him and write some songs has been cool. We did some last year, too. I don’t want to make any promises, but there is probably some new music on the way.”

In 2019, Chris Stapleton headlined C2C 2019 in the UK and will go down as one of the most talented – and indeed, best – country music artists of his generation, with five Grammy Awards, 10 CMA Awards and seven ACM Awards to back that statement up.