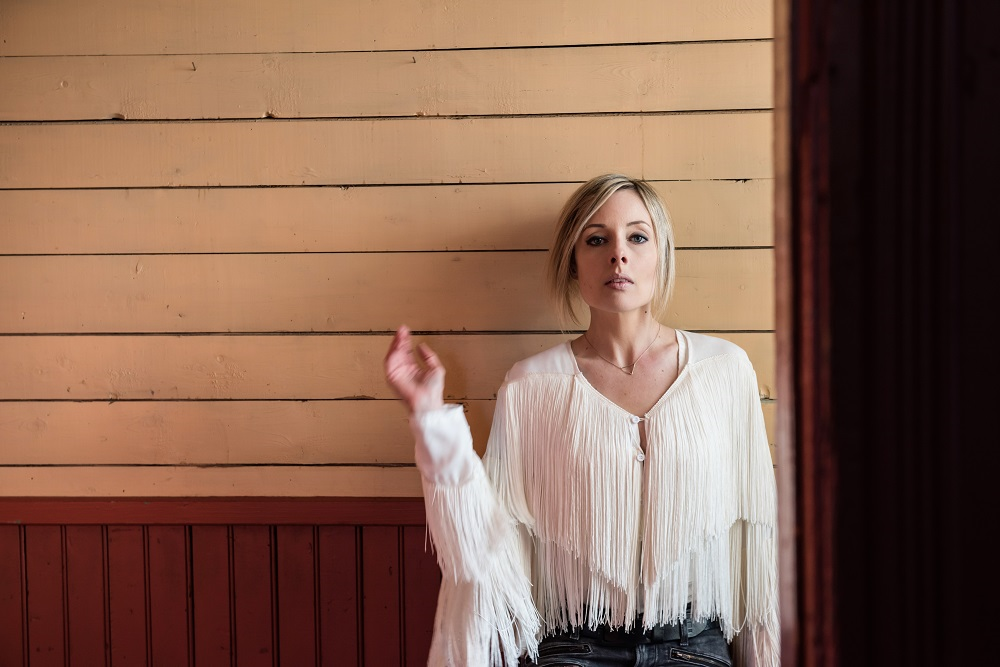 Multi award-winning musician Christina Martin has a talent for synthesizing Americana and Pop/Rock sounds into sleek and engaging music with standout messages. On Impossible To Hold, her sixth studio album, Christina continues her significant evolution as one of Canada’s top exporting artists, with a matchless quality that has further developed lyrically, emotionally and sonically since her 2016 award winning album It’ll Be Alright. Christina explains “There was little concern for following any style or trend in writing and recording these new songs.  My commitment was to honour the direction the songs were leading me in. There were dark moments in the process, but I showed up each day to work, and hoped it would all come together.”

Christina’s storytelling ability continues to shine over these 10-songs, with formerly released single, ‘Lungs Are Burning’, written as a response to the rising Fentanyl drug crisis in Canada and her own personal loss related to addiction and mental illness, and ‘Where The Dark Meets The Light’ drawing inspiration from “the challenges and triumphs of dedicating your life to the artistic journey.”

Other highlights include the album’s soulful yet delicate ‘Winter’, an impassioned ‘Deep Dark Red’, and the roaring Rock-infused ‘Foreign’.

Impossible To Hold feels ready-made for arena stage, but equally fitting in the dimly-lit atmospheric listening venues Christina regularly plays. She says “I was inspired to become a performer by watching iconic performers like Tom Petty, Stevie Nicks and Tina Turner live, and music videos of The Pretenders, David Bowie, Annie Lennox. When I write, I can envision the music in larger venues, though I know that performing smaller venues is an important part of my journey and connecting with audiences.” Combining superb taste, passionate singing and thoughtful lyrics, “Impossible To Hold” is where music and poetry meet.

Christina began writing and recording her own music while slogging it out on the Austin, Texas bar scene. Her work has been compared to the likes of Annie Lennox, Chrissie Hynde, Stevie Nicks, Tom Petty and Bruce Springsteen. She has been relentlessly recording and touring in Canada, the UK and Europe, building connections online and in the old-fashioned way, at venues big and small, singing songs about loss, love and perseverance. Her songs have been featured in films, on television, and she’s performed at some of the world’s top music festivals such as; Rolling Stone Weekender Festival, Belfast Nashville Songwriters Festival, International Folk Alliance, Reeperbahn Festival and Canadian Music Week.

Impossible To Hold will be released on March 23 via Come Under Records.

For more information, head to www.christinamartin.net.