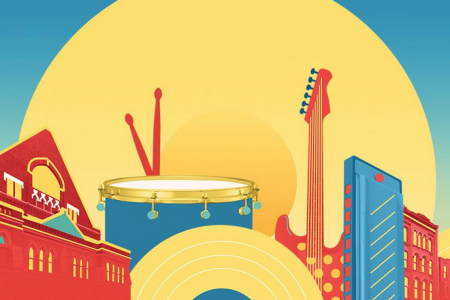 The Country Music Association has revealed the nominees for 2021’s CMA International Awards, which honor artists and industry executives who have supported and impacted the growth and promotion of Country Music in the International marketplace. Recognized in multiple categories and voted on by international members, nominees from Australia, Canada, Germany, The Netherlands, Norway, Sweden, the United Kingdom and the United States are honored for their continued efforts in expanding Country Music’s footprint in their local territories.

In addition to the five existing CMA International Award categories, CMA has also added a new award this year, the Rob Potts International Live Music Advancement Award. Named after the late Australian promoter, this award recognizes outstanding achievements by an individual who has made important contributions to the live music industry by extending performance opportunities and building live audiences for Country Music outside of the United States. A celebrated manager, promoter, CMA Board member and advocate for Country Music, Potts’ career spanned more than 30 years, opening doors for Australian Country artists including Tommy Emmanuel, Morgan Evans and Keith Urban. Promoters, booking agents, talent buyers, festival and venue bookers, and other live music industry professionals are eligible to receive this award, which is to be presented only when it is deemed that a recipient is worthy of recognition.

“We are delighted to honor those in the industry who have been instrumental in carrying Country Music forward into territories outside of the United States as this year’s CMA International Awards nominees,” says Sarah Trahern, CMA Chief Executive Officer. “And we are especially thrilled to be adding a new award to the slate this year recognizing those specifically in the live music industry cultivating and growing Country Music’s reach. A true pioneer in the genre, few people exemplified this more than Rob Potts. He was a driving force in our efforts to expand Country Music internationally, and I am excited we are able to honor those following in Rob’s footsteps.”

ROB POTTS INTERNATIONAL LIVE MUSIC ADVANCEMENT AWARD
This award recognizes outstanding achievements by an individual who has made important contributions to the live music industry by extending performance opportunities and building live audiences for Country Music outside of the United States.