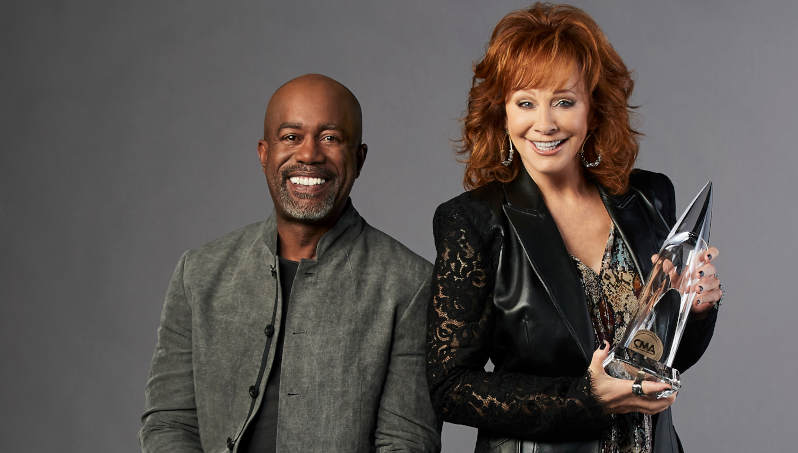 The hosts of the 54th CMA Awards have been chosen, with Reba McEntire and Darius Rucker being chosen to present the iconic event, set to take place from Music City Center in downtown Nashville.
Reba was also a co-host for the 53rd (2019) Awards, taking to the stage with Dolly Parton and Carrie Underwood, making this her fifth time hosting the Awards. By contrast, this is Rucker’s debut.
Speaking about the announcement, both Reba and Rucker expressed their pride and joy to be hosting the event and while it won’t be the same as normal, they’re excited to see how it goes.
“I’m thrilled to be back hosting the CMA Awards and even more thrilled that I get to share the stage with Darius Rucker,” McEntire said. “We’re looking forward to a night of celebrating great Country Music and hope you’ll tune in and watch.”
“I look forward to the CMA Awards every year because of the incredible performances and the opportunity to celebrate the year in Country Music,” Rucker added. “To be invited to host this year’s awards alongside Reba — are you kidding me?! — it is an absolute honour. Even though this year will look a little different than normal, I know that we’re all eager for a night of musical celebration and this year’s show definitely won’t disappoint!”
There are more details to come from how the CMA Awards will go on the night, but there have been a number of live performances from huge stars promised.