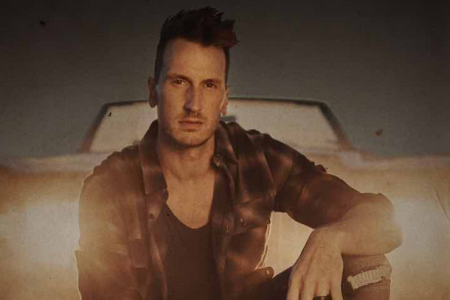 IT’S BACK!! Live music has returned, C2C has kicked off in style with the CMA Songwriters Series. It was a show that, in true songwriter fashion, took you on a journey through all the emotions and gave an insight into some of the biggest hits from recent years.

The main line-up comprised Luke Dick, Caitlyn Smith, Russell Dickerson and Shy Carter whilst the fifth chair saw an array of guests join each round. This year the focus was very much on introducing the future of the genre as Everette, Morgan Wade, Tiera Kennedy and Priscilla Block joined the writers to share their latest hits and singles.

Luke kicked off the night with a fun, upbeat autobiographical track called ‘Polyester’ which he originally released with Miranda Lambert back in 2020, it nicely set the tone for the night and introduced the comedy to the evening. The pinnacle of this humour came in the fourth round when Luke played a less well known song called ‘I Am Steve’ explaining the story behind it had the audience in uproar, and even funnier was the tale of how he came to play it that night after watching British television earlier in the day. In amongst the comedy, he played plenty of hits too which pleased the crowd; ‘Kill A Word’, ‘Burning Man’ and concluding on the Nashville Songwriters Association Song of the Year, ‘Bluebird’.

Luke was followed by Caitlyn Smith who brought a tear to my eye with her first song and most recent single ‘High’, originally released by Miley Cyrus. Smith is the full package with incredible songs delivered by this captivating voice. When she sang the room fell silent, you could hear a pin drop. Before performing her second song, Caitlyn made an emotional speech about chasing after your dreams, something many in the room could relate to. Then she launched into ‘This Town Is Killing Me’. She channeled the emotions well, tugging on the audiences heartstrings with every soft pluck of the guitar. She also performed her first number one, ‘Like I’m Gonna Lose You’ a song inspired by a dream that co-writer and artist, Meghan Trainor had. It was another that brought a tear to the eye of those around me.

Then it was the turn of our host for the evening, Russell Dickerson who began with ‘Every Little Thing’, his 2019 chart topper, in fact, almost all the songs he played were number one hits on the airplay chart; ‘Yours’, ‘Love You Like I Used To’ and ‘Blue Tacoma’. The crowd joined in with every one but particularly enjoyed his latest single ‘Home Sweet’ and the endearing story behind it.

He was a great host who clearly had so much respect for his fellow writers, they had a rapport with each other whilst Shy Carter instantly built a rapport with the audience. He knew how to work the stage and his energy was infectious as he began with ‘Stuck Like Glue’ which featured on Sugarland’s ‘Incredible Machine’ album. He beatboxed and freestyled throughout. He performed ‘God Whispered Your Name’ involving the audience once again by picking out Nicola and singing her name. The writers were clearly having a whale of a time and so were the crowd. During his rendition of ‘Heaven’ I realised just what a special voice Shy has, he’s another full package artist, though you’re engrossed in him as a performer he knows how to write a fantastic tune and has a smooth voice that serenades you perfectly. This was on full display as he duetted with Caitlyn Smith on the song ‘How Did You Sleep’ a track they co-wrote together.

The night was full of magical moments but none more so than at the end of Caitlyn’s second song. As the writers laughed and joked around with each other, Caitlyn invited Shy to make his Grand Ole Opry debut in April. The audience erupted into rapturous applause at the news, a well deserved invitation to a dream realised.

There was no better way to welcome back live music than with the CMA Songwriters Series; the tears, the laughter, that’s what country music is all about! If tonight is anything to go by we are in for a treat over the next few days.