CMT names Lainey Wilson as “Breakout Artist of the Year” 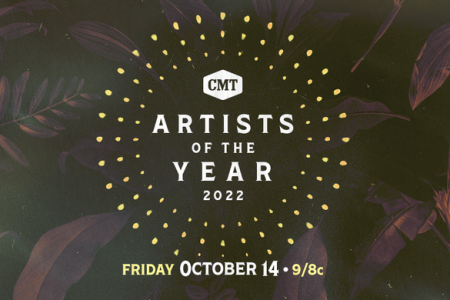 CMT today announced Lainey Wilson will be honored as “Breakout Artist of the Year” at the 2022 “CMT ARTISTS OF THE YEAR,” premiering Friday, October 14th at 9p/8c on CMT. Wilson, who is riding high on a remarkable year, is the fifth recipient of the coveted award, joining the ranks alongside previous honorees Mickey Guyton (2021), Ashley McBryde (2019), Kelsea Ballerini (2016), and Chris Stapleton (2015).

“This past year has been a wild ride,” Wilson said. “To be considered for this award reinforces that the years of hard work my team and I have put in was all worth it. The team at CMT feels like family, and the way they genuinely support artists on their platform is so special and important for dreamers like me.”

“When it came to naming ‘Breakout Artist,’ Lainey Wilson was unquestionably our only choice this year,” said Leslie Fram, SVP, Music & Talent, CMT. “Not only is she a powerhouse performer and tremendously gifted songwriter with contagious energy and drive, she is just starting to show the world her range and versatility, as evident by her upcoming role on hit series ‘Yellowstone.’ From naming her as part of the ‘Next Women of Country’ franchise in 2019 to watching her shine on our CMT Music Awards stage with one of the most memorable performances this year, we couldn’t be more thrilled to celebrate Lainey’s much-deserved successes and cheer her on for all that’s next!”

One of Nashville’s fastest growing artists, Wilson has a growing string of No. 1 hits, including the Platinum-certified “Things A Man Oughta Know” and “Never Say Never” with Cole Swindell, while her two latest singles, “Heart Like a Truck” and “wait in the truck” with HARDY, both continuing to climb the charts as she readies to drop her new album, Bell Bottom Country, due out October 28th.This year alone, she has racked up an impressive number of award nominations and wins, including a sweep at this year’s ACM Awards with a total of three wins, including ‘New Female Artist of the Year’ and ‘Song of the Year,’ and is the leading nominee heading into this November’s CMA Awards, where she is up for six nominations. Wilson has performed around the globe for sold-out crowds throughout the US, UK and Germany, just wrapping the final date on Jon Pardi’s Ain’t Always The Cowboy tour and will play select upcoming dates with Luke Combs. This fall, she will make her acting debut on critically-acclaimed series “Yellowstone,” returning for a highly-anticipated Season 5 on Sunday, November 13th on Paramount Network.

Wilson has a strong history with CMT, first named to its prestigious ‘Next Women of Country’ franchise in 2019. This past April, she gave one of the most raved about performances at the 2022 “CMT MUSIC AWARDS,” performing her duet “Never Say Never” with Cole Swindell, in addition to a second song, “What Would Dolly Do” as part of “CMT Music Awards Extended Cut.” Her first CMT performance and nomination was in 2021, where she performed on the Ram Trucks Side Stage; she has additionally been featured in an episode of CMT Digital’s hit series “CMT Campfire Sessions.”