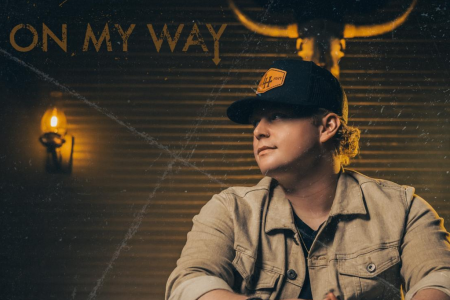 Colorado native Cody Cozz recently released his debut single, “On My Way,” on Craig Campbell’s Grindstone Records, and today CMT premiered the music video for the new song on their CMT Music channel. Fans can vote for the clip on the CMT Music 12 Pack Countdown HERE. The top 12 voting results as chosen by fans are revealed every Friday.

“The ‘On My Way’ video shows exactly what the song is about, longing for your loved one and the excitement of getting to see them,” said Cody. “My team couldn’t have done a better job for my first ever music video, and I’m truly grateful for everyone’s help and guidance. The lead actress steals the show, the video team crushed it, and of course CMT wanting to show this to the world is incredible! I hope everyone enjoys it.”

The video concept is based on a hard-working individual that works long hours and often must travel for work. In the case of “On My Way,” he has been transporting horses. He made his final pick up prior to a long drive home to the girl he loves and is fighting headlights and running red lights to make it to her, but he is on his way.

Shot in Eagleville, Tennessee, the video was produced by Lone Valley, directed by Mark Manning, and Zack Manning was the cinematographer. The song was written by Campbell with Phil O’Donnell and Wade Kirby, and Craig also produced the track.

A native of Pueblo, Colorado, Cody was a promising strong safety for Colorado State University Pueblo, before his football dreams were dashed by a career-ending injury during his junior year. He had sung all his life and was self-taught on guitar but had little music aspirations before his injury.

Cody took a construction job after college and started gigging at night. It was the classic up too late, up too early, but he started gaining a following and posting music on social media. He pursued opportunities around Pueblo to open for artists like Jon Pardi, Clay Walker, Michael Ray, Mitchell Tenpenny, and others. He got to spend with Craig Campbell after opening one of his shows, and the two started a kinship that would give Cozz a master’s degree in music.