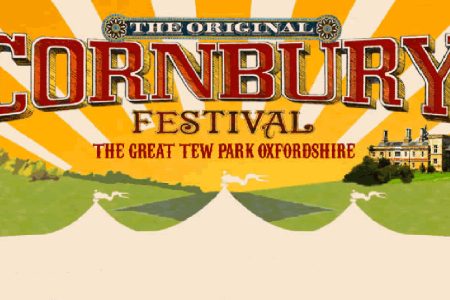 This year’s ninth Cornbury Festival followed just a week after the Isle of Wight Festival, with its sodden, muddy fields and mega-traffic chaos-even though there was great music there and generally happy, rain-soaked, attendees. The downpours had continued so it was with trepidation that I arrived in Great Tew Park. I need not have worried. The organisation of the event-in the capable hands of Festival Director, Hugh Phillimore-was superb. Despite some rain, there was no mud; no vehicles stuck and even all the toilets were in full flushing order, abundant and kept spotlessly clean throughout. Cornbury’s setting is the magnificent Great Tew Park in the Cotswolds-probably the most attractive festival site in the country. Hugh Phillimore’s goal is to marry the traditional qualities of a great English country house garden party-civility, tombola and tea, cakes and ale-with the elements of the very best music festivals, including great bands, good food, quirky side shows plus weekend camping and a rich mix of people of all ages and backgrounds, from Cabinet Ministers-including a denim-clad David Cameron this year-and flash top music executives to the ordinary and the interestingly weird. Cornbury may be dubbed “Posh stock’ by some but Hugh’s formula works well and provides a uniquely happy, family-orientated experience which still satisfies the most ardent music fans. There was a world-class array of talent of all kinds on the several stages. More and more artists want to play Cornbury.

For me, Gretchen Peters was particularly memorable, with her ability to hold an audience under her spell as she sings so captivatingly about the beauty and triumph she finds somehow in adversity. A delightfully strong performance from a youthful-looking, slimmer and smiling Alison Moyet and a characteristically off-beat set from Seasick Steve, who had caused a stir as he arrived at Cornbury in his trademark beat-up, blue and cream, fifty-year-old Cadillac Coupe de Ville. There was powerful performances from Steve Winwood who fitted in effortlessly as he joined Staxs; the high energy soul, rhythm and blues band from Elvis Costello-who packed in the songs, but still managed to add a touch of acid to the occasional rain as he told the audience what he thought of some of those present from the world of politics-and from the ubiquitous Jools Holland. Jools included in his set guests, Marc Almond, Louise Marshal, Rico Rodriguez-arguably the greatest living ska artist-and trombonist, Chris Barber who is one of the few who can claim to have played with even more musical icons than Jools has himself! One of the big surprises of the event for many was the hugely enthusiastic applause from the massive crowd that had gathered to hear the festival open on Saturday with Sam Brown and her International Ukulele Club of Sonning Common. This was the biggest band ever to play Cornbury, numbering over 40 plus some six additional professional singers and musicians in supporting roles-and they were ring-mastered superbly by the irrepressible Sam Brown. Featuring singers from the ukulele club, like the gifted Naomi Valance and the exotic Parisian chanteuse, Natalie, singing none other than La Mer. Sam’s ukulele orchestra won a rapturous response from the smiling, foot-stomping gathering-a day her amateur ukulele players will surely never forget!

Noel Edmonds, Rebekah Brooks, Andy Coulson, John Craven, Adam Henson, former Blur bassist Alex James, Jeremy Clarkson and Holby City actress Tina Hobley were amongst the many celebrities mingling with the crowds. Hugh Phillimore said he was thrilled with the event. Ticket sales were up over 5% on last year, despite the damp weather and everyone seemed to be having a great time. “There’s a good feeling here at the Great Tew site and the locals have embraced it. The line-up was our best yet. The performances were staggering and I even had a chance to see many of the acts, this year which was wonderful. Now we start planning next year’s 10th Cornbury!’ The challenge will be to make it even better than this year’s event.