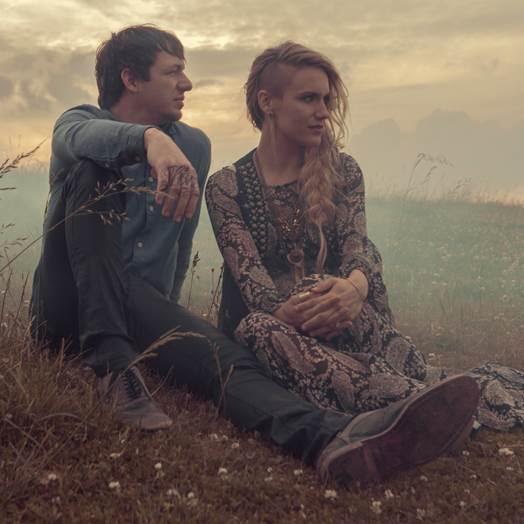 Curb Records’ recording duo, American Young is kicking off summer with an eleven-date European tour. Although this is the duo’s fifth time overseas and second European tour in 2017, this will be the first time they are headlining the entire leg of the tour, making stops in Switzerland, United Kingdom, Netherlands, and Norway. In promotion of their recently released debut album, AY, the tour will commence on June 24th in Switzerland.

“We are very excited to experience the European audiences again, we connect with them in such a special way, it’s hard to describe,” comments Jon Stone, “The energy, the enthusiasm—It’s so much fun to be able to bring our passion to Europe, and the fans be so welcoming.”

About American Young: American Young is comprised of songwriter/musician, Kristy Osmunson, and songwriter/producer, Jon Stone, who are complete opposites when it comes to personality, but come together to create hauntingly beautiful music stemmed solely from their own personal experiences. Both are established songwriters in their own right.

Kristy Osmunson, born and raised in Idaho, grew up playing the violin. She went from playing at honky-tonks to co-founding the electrifying fiddle-duo Bomshel and writing the Joey + Rory hit “Cheater, Cheater,” well on her way as a songwriter and solo artist before crossing paths with Stone.

Jon Stone, originally from Oregon, is too country born and bred, for a while even working as a bull rider, before he was a solo act turned successful producer/songwriter including Kenny Chesney’s “Seven Days,” Blake Shelton’s “Kiss My Country Ass,” and Rascal Flatts’ “Me and My Gang.”