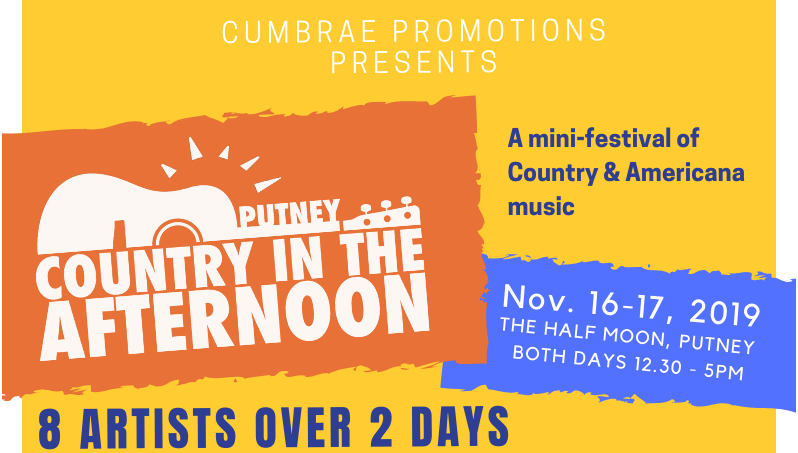 Country in the Afternoon announce November return and reveal both headliners

Country in the Afternoon will be returning to The Half Moon in Putney for November, with Stevie O’Connor and William Michael Morgan pencilled in to headline.

On November 16, O’Connor will headline the festival, with The Remedy Club, The Jaywalkers and Emma Moore also on the bill, while on November 17, Morgan will headline with Kezia Gill, Gary Quinn and O&O on the line-up.

The festival, which is put on by Cumbrae Promotions, had its first incarnation earlier this year in June to great effect, with Robert Vincent and Jesse Dayton headlining. The festival takes place between 12:30pm-5pm on both days.