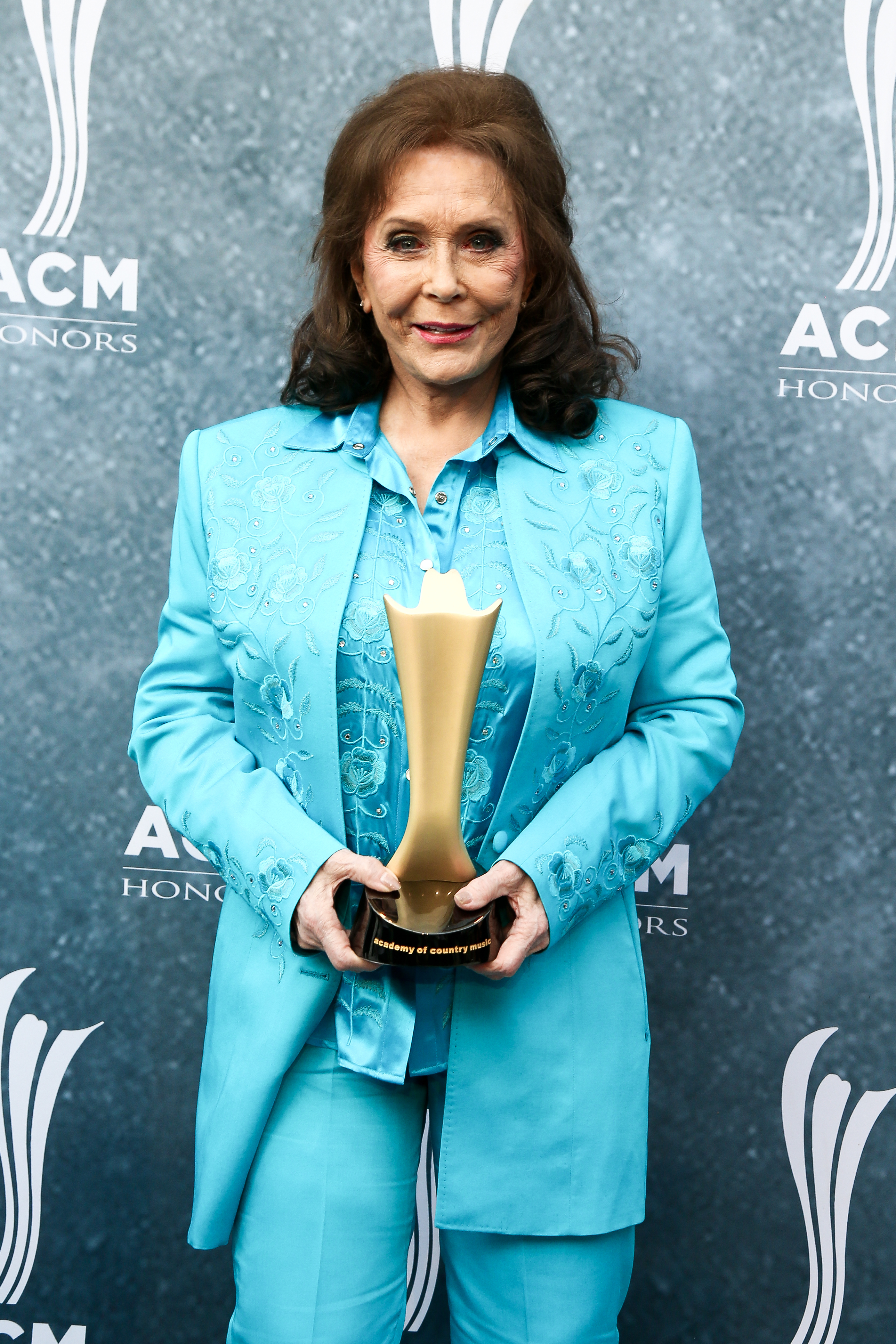 Coal Miner’s Daughter singer, Loretta Lynn, has broken her hip inside her Hurricane Mills, Tennessee mansion just months after suffering from a stroke.

The traditional country music singer first had a number one hit back in 1967 with ‘Don’t Come Home A-Drinkin’ (With Lovin’ on Your Mind)’, with plenty of her 70 recorded songs alluding to blue-collar women’s issues and cheating husbands. Many radio stations refused to play her songs as a result, with nine banned. The biographical hit song Coal Miner’s Daughter became a book and an Oscar–winning movie starring Sissy Spacek and and Tommy Lee Jones.

The incident comes eight months after Loretta suffered a stroke at home, causing her to cancel her tour dates and delay her new album.

A statement posted on Monday on her website said Loretta ‘is doing well and thanks all her fans for their thoughts and prayers.’

The 85-year-old country legend’s sister Crystal Gale took to Instagram on Monday asking for fans to ‘send love and prayers’ and adding that the singing sensation was still ‘in good spirits.’

Lynn was last seen in October at the Country Music Hall of Fame for Alan Jackson’s induction.

Lynn joined the country music scene in Nashville in the 1960s.