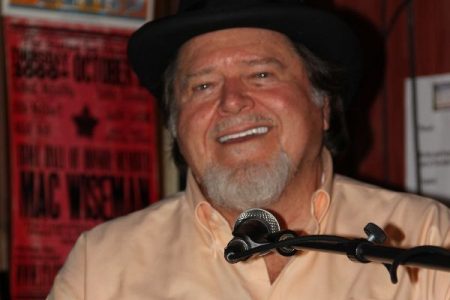 Nashville is mourning the loss of three industry greats over the past weekend, songwriter, Dallas Frazier, acclaimed TV host and on air radio personality, Ralph Emery and country and pop record producer, songwriter, and musician, Jerry Crutchfield.One of country’s most enduring songwriters and Nashville Songwriters Hall of Fame member, Dallas Frazier, passed away at age 82. Frazier’s songs hit the charts with “Elvira” which was a tremendous crossover smash for the Oak Ridge Boys, while Emmylou Harris topped the charts with “Beneath Still Waters,” became one of Nashville’s most sought-after writers, composing hits for Elvis Presley, Moe Bandy, Roy Head, Rodney Crowell, Connie Smith and so many more.
“A major loss that will be felt for a long time. It is hard to imagine never hearing a new “Dallas Frazier song,” delivered as it should be and sung by Connie Smith. That team was pure magic.”–Jeannie SeelyThe legendary, Walter Ralph Emery, was a Country music disc jockey and television host from Nashville. He gained national fame hosting the syndicated television music series, Pop Goes the Country (1974 – 1980), Nashville Alive (1981-1982), and Nashville Now (1983-1993). Recognized nationally as “the dean of country music broadcasters,” Ralph Emery was a pioneer in the country radio on air personality world.
“When I was an 11-year-old disc jockey in Luverne, Alabama, Ralph Emery was a hero. Our radio station carried his daily syndicated radio show, and it wasn’t hard to sell sponsorships. I was honored to cohost the Mel Tillis Memorial at the Ryman with Ralph in 2018.”–Bobby TomberlinJerry Crutchfield, best known as a hit producer and Nashville music publishing and record company titan who had a hand in signing and developing such top Music Row writers as Dave Loggins, Don Schlitz, Gary Burr and Mark Nesler. Notable albums produced by Crutchfield that obtained gold, platinum, and multi-platinum status include those by Lee Greenwood, Tanya Tucker, Chris LeDoux, Tracy Byrd, and Lisa Brokop. He also produced artists such as Anne Murray, Dottie West, Tammy Wynette, Glen Campbell, Brenda Lee, Buck Owens, Jake Hess, Larry Gatlin, The Gatlin Brothers and Mylon LeFevre. He was also known for producing the No. 1 pop hit, “Please Come to Boston” recorded by Dave Loggins. He was also a very successful songwriter, and musician who recorded for RCA Victor Records with vocal group The Country Gentlemen, later known as The Escorts.
“A well-crafted recorded composition belongs to the producer as much as it does an artist, and there were a lot of artists that shared victories with Jerry Crutchfield. He wore many hats in the industry, and it’s insane to think of all the hits that wouldn’t be without him.”–Zacharia Malachi“We have lost three icons of the Nashville music community. They don’t make them like that anymore. They changed the face of music in their unique way. And what they created still reverberates throughout music city.”–Kent Blazy