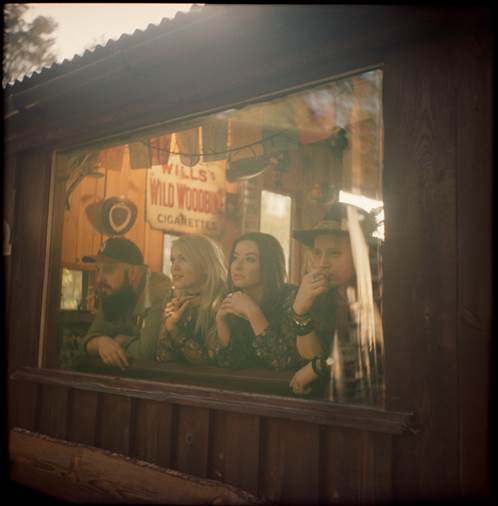 Artists and musicians performing during Country Music Week have been announced!

The organisers behind the Country to Country (C2C) festival have announced more artists and events appearing during Country Music Week. The new, week-long series of shows features new and established Country acts and takes place from October 2nd to October 8th, 2017. Amongst the list of performers will be Randy Houser who will be performing in the UK for the first time. Houser has already racked up three consecutive No. 1 hits and more than four million in singles sales to date with his Stoney Creek Records album, How Country Feels. He topped the charts with the title track, “Runnin’ Outta Moonlight” and “Goodnight Kiss” (also his first No. 1 as a songwriter) and earned critical acclaim for his powerful delivery of the Top 5 smash and CMA Song of the Year–‐nominated “Like A Cowboy.” Houser added a fourth No. 1 to his catalogue with “We Went” from his latest album, Fired Up, and has been tapped to perform at several major country music festivals in 2017.
Breakout artist Eric Paslay – a Platinum-selling hit songwriter and a dynamic performer who has enjoyed five No. 1 hits including “Even If It Breaks Your Heart” (Eli Young Band), “Barefoot Blue Jean Night” (Jake Owen) and “Rewind” (Rascal Flatts) will also perform, alongside the alt-country duo Two Ways Home, duo Holloway Road and Logan Brill, who will be returning to the UK after impressing audiences at C2C earlier this year. Lindsay Ell, Walker McGuire, Temecula Road, and Jillian Jacqueline will also be displaying their musical talents.
The Country Music Week Hub will feature live music, interviews, meet and greets, giveaways and more programmed from 12 midday until 5pm on Saturday and Sunday in The Borderline.  The CMW Hub is the opportunity to get up close to the many artists performing during the week, catch live performances, get the backstory on their songs, career, meet them and find out how they are enjoying being in the UK.  The Hub will have a host giving out spot prizes, plus great music all day, Chris Country and the CMW social team will be on site…
Head to www.CountryMusicWeek.com to see the full line up…