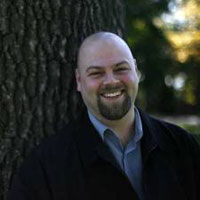 Canada’s Dale Boyle won Second Place in the Americana category of the International Songwriting Competition. The ISC drew over 20,000 submissions from 119 countries and three winners were selected in each of the 22 categories. With the competition featuring a prestigious list of judges including Tom Waits, Jeff Beck, and Martina McBride, the New York Times calls the ISC “the songwriting competition to take note of…” Dale is among a small number of Canadians to have ever won in the Americana category, and he is the first QuÃ©bec artist to do so. The song that earned Dale the 2nd place Americana win, “You Might Come Around,â€ is a duet with Juno award nominee Annabelle Chvostek which also features fiddle and mandolin from Juno nominee and multiple Maple Blues award winner, Michael Jerome Browne. “You Might Come Aroundâ€ is available on Dale’s latest album release, THROWBACK. “Wondrous duet” Alan Cackett (Maverick Magazine) {UK}