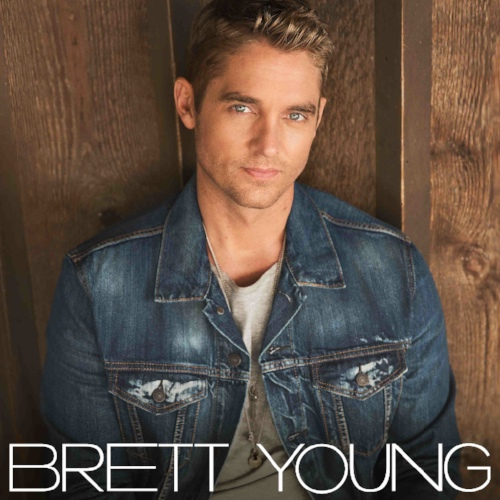 ‘In Case You Didn’t Know’ is the debut UK single by Brett Young, 2017’s biggest breakout Country star and is available to stream and download now.

Featuring guest vocals by Una Healy (The Saturdays), ‘In Case You Didn’t Know’ is a new version of Brett’s massive US single, a Billboard and Mediabase No.1 which was recently certified double Platinum with over 2 million sales. UK fans will get their first chance to see Brett live next month when he supports Lady Antebellum on their UK Arena tour, including London’s O2 on October 10th.

“I think the new version of the single turned out great,” says Brett. “Una’s voice is special and adds a different flavour to the track. I’m also looking forward to the upcoming UK dates! I’ve heard great things about British country music fans and can’t wait to see everyone at the shows.”

‘Brett Young’, the Californian singer-songwriter’s eponymous debut album, will be released October 6th on Big Machine Records and contains the US hits ‘In Case You Didn’t Know’, ‘Sleep Without You’ (certified Gold), plus latest single ‘Like I Loved You’.

Named as the only Country act on Shazam’s ‘Emerging Artists of 2017’, Brett Young has captured the imagination with his West Coast-meets-Southern sound, aptly dubbed ‘Caliville’ style. “Destined for mass appeal” (Rolling Stone Country), the CMA New Artist Of The Year nominee recorded the album in Nashville with producer Dann Huff (Keith Urban, Thomas Rhett, Steven Tyler). 11 of the 12 tracks were co-written by Brett, including the singles ‘Like I Loved You’ and ‘Sleep Without You.’

With ‘In Case You Didn’t Know’ Brett became the first Country artist to hit the RIAA PLATINUM-certification sales mark with a song released in 2017, with the song recently reaching 2 x Platinum status with sales of over 2m certified units. The video was No. 1 on Vevo’s Country Chart for six consecutive weeks and is currently the only Country song on Vevo’s list of Top 10 Videos of 2017. With more than 110 million views, Young is the only Country artist on the list joining the rankings with Zayn and Taylor Swift, Kendrick Lamar and DJ Khaled. Watch the video here.

In addition to his solo headline dates across the US this year, Brett has been on tour with Lady Antebellum on their ‘You Look Good World Tour’ throughout the summer. Fans and critics are raving about the show and his performance, with The New York Times saying “Brett Young renders deep feelings with thick polish.”