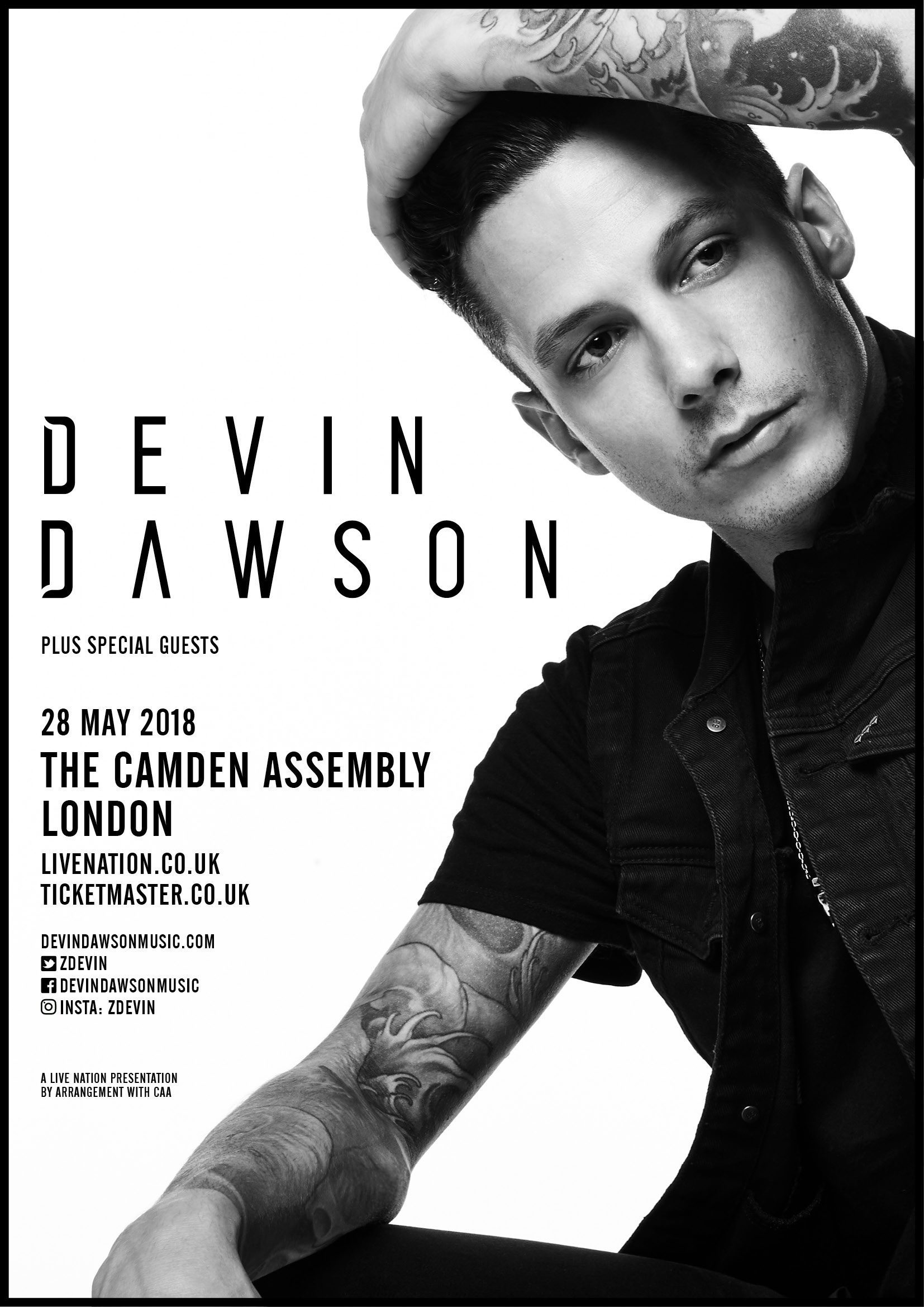 After performing for a capacity crowd in Chicago over the weekend and this week’s Nashville date selling out within 24 hours, Atlantic Records/Warner Music Nashville breakout star Devin Dawson will be taking his headline tour overseas this May, with stops in Berlin, Hamburg, Amsterdam and Camden Assembly in London.

Last week on ELLEN, Ellen DeGeneres herself surprised Dawson on-air with his very first RIAA Gold-certified plaque for the Top 3 debut single “All On Me”

His Tonight Show performance of the “sensitive, selfless love song” (Rolling Stone), has accumulated over 90 MILLION on-demand streams to date.

It was also just announced that Dawson will join Tim McGraw & Faith Hill for the summer 2018 leg of their critically-acclaimed Soul2Soul The World Tour (full dates below). The Northern California-native’s intoxicating swirl of pop, R&B, and rock is also beautifully represented through his newly released Spotify Singles.

The two-song session features a unique performance of “All On Me” alongside a haunting cover of Maroon 5’s “Whiskey” that was featured on Spotify’s New Music Friday playlists in the US, UK and Spain.

Having built tremendous early momentum, first performing “All On Me” for Late Night with Seth Meyers in 2017, Dawson exploded out of the gate this year with the release of his debut album ‘Dark Horse’ – on which he co-wrote every track – to overwhelming critical acclaim.

As the only country artist on Entertainment Weekly’s “8 Artists Who Will Rule 2018” list and Shazam’s “Next to Know” list, Dawson has also performed his “memorably melodic breakout” (Billboard) on NBC’s TODAY and Germany’s national ZDF Morgenmagazin TV show.