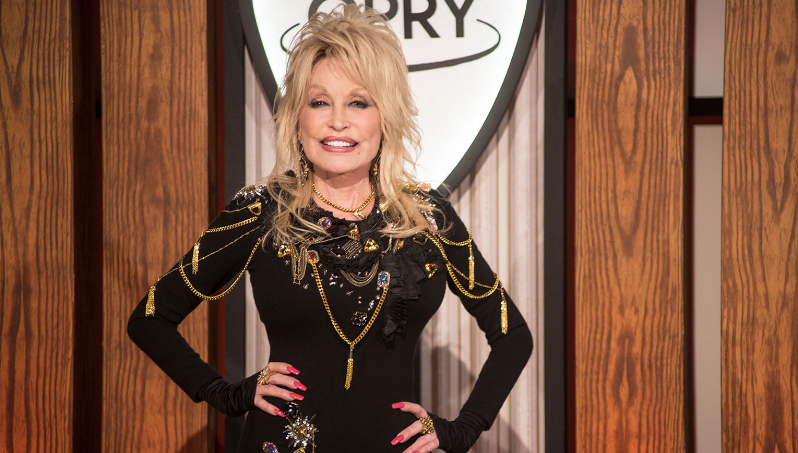 Dolly Parton has lifted the lid on the nature of a secret song that has been hidden in Dollywood, which can’t be played until 2045.
Upon the opening of the DreamMore Resort on 2015, it was put to Parton that she should record a song that she then put in a box and then left unopened until 30 years after opening.
Writing in her new book ‘Songteller: My Life in Lyrics’, Parton explained how the idea came about and said that while she will be very close to 100 when 2045 comes around, she hopes to be there to premiere the track.
“It would be a song that will never be heard until 30 years from the time we opened the resort,” Parton said. “They said, ‘You’ll be long dead’ and “I said, ‘well, maybe not. I’ll be 99. I’ve seen people live to be older than that.’
“That’s like burying one of my kids, putting it on ice or something and I won’t be around to see it brought back to life. It’s just burning me up inside that I have to leave it in there.
“Anyway, it’s kind of weird or strange that they would ask me to write this mystery song. I don’t know if I want to live to be 100 or not. But you never know. I might and if I do, I’m going to be at that opening.”
Parton did say however that the song will definitely be accessible – it is on a CD and Parton has also put a CD player in the box with it, with the icon writing “there’s no telling what music is going to be by then.”
Moving away from music and Dolly Parton has been very busy on humanitarian issues, with the money that she gave to Vanderbilt University Medical Center in Nashville for research purposes going a long way to helping them with the Moderna vaccine for COVID-19, which has a 95% protection rate.