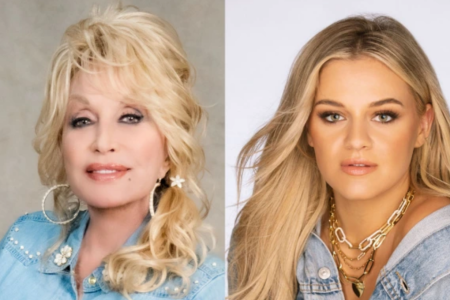 It was announced over the festive period that Kelsea Ballerini will voice one of the characters in the Audiobook version of ‘Run, Rose, Run’ – Dolly Parton’s first novel which she penned with best selling author, James Patterson.

The novel comes out on March 7th and will be accompanied by a 12 track album of original songs written, recorded and produced by Parton.

It’s an enthralling read which centres around aspiring country singer AnnieLee Keyes, the character Ballerini will portray, as she moves to Nashville to pursue her dreams and escape her dark past. Once there she is guided by country music veteran Ruthanna Ryder, who will be portrayed by Dolly herself.

“I think our fans are going to love hearing us in a totally different way than they’re used to,” Parton said in a release. “And they’re going to love following our characters on their unpredictable journeys through the Nashville music scene and beyond.”

“Working on a creation from the ever-brilliant mind of Dolly Parton has to be a dream job for anyone, especially as a young artist in country music,” Ballerini said in a statement. “And as a writer myself, to be asked to join this project that is also a collaboration with James Patterson—another incredible storyteller not to mention bestselling author—has been truly thrilling.”