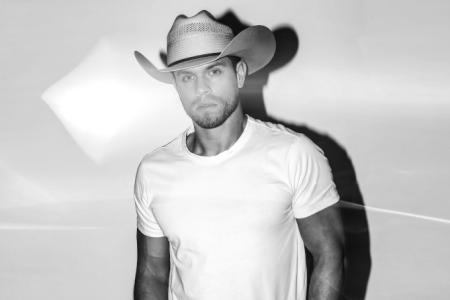 Dustin Lynch has whipped up the anticipation for his fourth album ‘Tullahoma’ – due on January 17 – by unveiling the tracklist for the record. You can pre-order ‘Tullahoma’ here.
The album will be 11 songs in length and Lynch has been working on some big hitters for the record, including outside cuts from the likes of Old Dominion’s Matt Ramsey, Dylan Schneider and the late producer busbee amongst others.
In addition, Lynch has teamed up with Florida Georgia Line’s Brian Kelley, Rhett Akins, Ashley Gorley and Dallas Davidson for other songs on ‘Tullahoma’, while Lauren Alaina lends her vocal skills on Thinking ‘Bout You.
Speaking about the album, Lynch said that everything is very much there for a reason and the content harks back to his upbringing and the people who made it so memorable, while also saying that despite being a Grand Ole Opry member and having six Number Ones to his name, he feels as if he’s still at the beginning of his career.
“Every song on ‘Tullahoma’, there’s a reason it’s there,” Lynch said. “A lot of that points back to the people who raised me, and growing up with a lifestyle where I could go outside and have fun, explore and try new things in the great outdoors. It’s kind of about being that kid and learning all those things.
“That’s my story, but I think we all can relate to the kid who’s discovering, the kid who’s figuring out love for the first time – all that good stuff. In a weird way, I feel like I’m just getting started. I feel like we’re just approaching the launching pad and I feel like we have songs that will take us to the next level.”
The tracklist for ‘Tullahoma’ is:
1. Momma’s House (Dylan Schneider, Michael Lotten, Rodney Clawson, Justin Wilson
2. Dirt Road (Rhett Akins, Ben Hayslip, David Garcia)
3. Thinking ‘Bout You ft Lauren Alaina (Dustin Lynch, Andy Albert, Hunter Phelps, Will Weatherly)
4. Ridin’ Roads (Lynch, Ashley Gorley, Zach Crowell)
5. Old Country Song (Josh Miller, Bryan Simpson, Josh Jenkins)
6. This World Ain’t Yours and Mine (Matt Ramsey, Luke Laird, Rodney Clawson)
7. Country Star (Lynch, Brian Kelley, Corey Crowder, Jordan Schmidt)
8. Workin’ On You (busbee, Gorley, Akins)
9. Little Town Livin’ (Lynch, Ben Hayslip, Crowell, Akins)
10. Red Dirt, Blue Eyes (Lynch, Kyle Fishman, Dallas Davidson)
11. Good Girl (Lynch, Justin Ebach, Albert)