EP by Lisa Wright soon to be released! 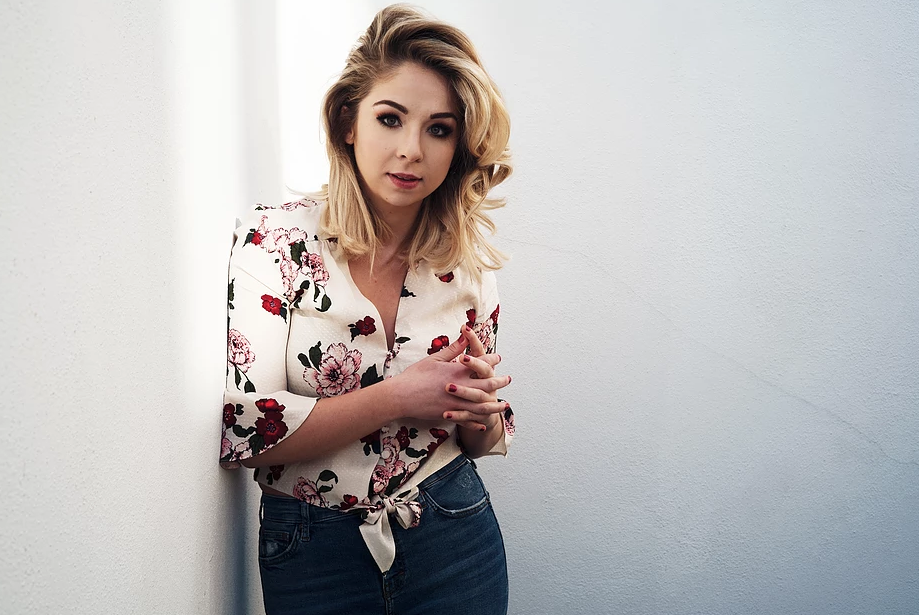 One of the most exciting voices in the UK’s homegrown country/Americana scene, Lisa Wright, has announced the May 25th 2018 release of her brand new EP ‘Mind of Mine’. Produced by Matt Greaves (Ward Thomas, The Girls Musical), ‘Mind of Mine’ contains four brand new songs, and is Lisa’s most personal work to date. Lead single, ‘Tennessee’, co-written by Wright with Kaity Rae and currently gaining airplay on country shows & stations across the UK, was inspired by her trip to the US in late 2017, reflecting the notorious ups and downs of the music industry and the search for purpose in life.
Nominated for ‘Best Country/Folk Act’ by the Unsigned Music Awards and described as ‘Kacey Musgraves meets Patty Griffin meets John Mayer’, it’s clear from your first listen that, to Lisa Wright, lyrics mean everything. Inside Nashville called Wright’s songwriting: “intelligent, elegant and beyond her years”. With great support from BBC Introducing, the young singer-songwriter was announced as one of their emerging ‘Sound of 2017’ artists and subsequently was handpicked by BBC Radio 6Music to perform at Latitude Festival. With over 70,000 streams on Spotify to date; previous singles playlisted on radio including Chris Country & Amazing Radio; and supporting artists such as; Cam, Ward Thomas, Phil Vassar and Emily Barker, it’s clear to see why Lisa has often been described as “the UK’s best kept secret”.
Two of the tracks were solely written by Lisa, with ‘Giving Up The Ghost’ penned in collaboration with Jake Etheridge, known for his starring role as Sean McPherson on CMT’s Nashville TV show, and having also lent his songwriting talents to the show’s soundtrack.
Combining Wright’s staple of honest and emotive lyrics with a new exploration of sound and style, it’s obvious that ‘Mind of Mine’ will showcase this young artist’s ability to continually re-create herself, while staying true to her roots. Having opened for US country star Cam earlier this month, and with support dates with the likes of Ward Thomas & Phil Vassar under her belt, it’s easy to see why the Nashville Songwriters Association (NSAI) have declared Lisa Wright “one to watch”.
‘Mind of Mine’ is out on May 25th 2018, and available to pre-order now, with an EP launch at 229 in London on May 23rd. Forthcoming live dates include:
18th May – Escape The Great Escape Festival, Brighton
23rd May – 229, London (EP Launch)
Get tickets & info from lisawrightmusic.com