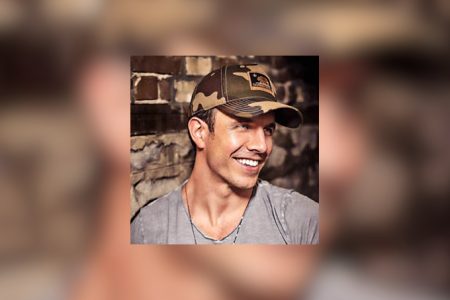 The Unsigned Only Music Competition has announced its 2018 winners, including those in the country genre. Established in 2012, Unsigned Only is open to all artists who are unsigned to a major record label, and over the years it has become an important source for discovering new talent.
Winners in 13 categories were selected from 6,000 entries submitted by entrants in 95 countries throughout the world.
The most prestigious honor, the 2018 Grand Prize, is awarded to country artist Eric Ethridge from Sarnia, ON, Canada for his song “Girl On Fire.” Ethridge’s win marks the third time a country artist has taken home the Grand Prize since the competition’s inception only six years ago.
In addition to winning $20,000 in cash (US) and $20,000 (US) in merchandise and services, Ethridge also receives one-on-one mentoring from a group of upper-echelon music industry executives, including: Dan Chertoff (VP of A&R, RCA Records); Riggs Morales (VP of A&R and Artist Development, Atlantic Records); Nick Haussling (Sr, Director of A&R, Concord Music); Kim Stephens (President, Forward Entertainment); Zoe Young (VP of A&R, Epic Records); Doug Johnson (VP of A&R, Black River Entertainment); and Allison Jones (Sr. VP of A&R, Big Machine Label Group).
Canadian native Eric Ethridge is a country artist whose career has been gaining momentum in the past few years; he was mentioned in Rolling Stone, won the CCMA Discovery Program, charted on the Canadian Country charts, and most recently was debuted on SiriusXM’s The Highway.
His much-anticipated debut EP was released in July 2018 and peaked at #1 on the iTunes Country chart and #3 on the all-genres chart.
His impressive catalogue of material, including the winning song “Girl On Fire,” proves that he is an artist who consistently stamps his songs with the same melodic and vocal prowess.
A doctor-turned-country-artist, Ethridge has a strong connection with fans and listeners, evidenced by his songs being streamed over three million times in the short time since the EP was released.
“Being named the Grand Prize winner of the 2018 Unsigned Only Music Competition has truly been an incredibly humbling and life changing experience.” said Ethridge. “This opportunity has truly given me the chance to take my career to the next level and live my passion, and for that, I’ll be forever grateful.”
“The Grand Prize winner needs to be an artist who possesses extraordinary talent and is ready to take the next step in his or her career,” said UO founders, Candace Avery and Jim Morgan. “We are always on the lookout for that artist who not only creates music that will be in demand but who also makes music that is enduring.
“Ethridge embodies these traits, and he is one of the most exciting artists Unsigned Only has been privileged to discover. We are proud to honour him with the 2018 Grand Prize.”
Garnering first place in the country category is Kaylee Bell for the song “Getting Closer.” Hailing from Waimate, New Zealand, she already has an impressive list of accolades to her name, including being crowned the Unsigned Only Grand Prize winner in 2015.
Additional awards include winning the NZ Golden Guitar at age 18 and then Toyota Star Maker in 2013. She has had over ten Top 10 singles on the Australian Country Music charts, and more recently her UO-winning single “Getting Closer,” written with Australian country music star Morgan Evans, has gained international attention, surpassing one million Spotify streams.
Bell was also invited to perform the #1 US single “We Were Us” with international superstar Keith Urban on his Light The Fuse Tour of Australia in 2014 and again on his 2016 Ripcord World Tour, and she was the support act for The Dixie Chicks on their 2017 World Tour in New Zealand.
Taking home second place honours is the five-piece country band Virginia Creek for the song “Kiss Me Sober.”Virginia Creek’s modern country sound is infused with elements of hard rock and blues.
The band met and began their project on the tiny Island of Chincoteague VA, which inspired their popular anthem “Up The Bay.” They released their debut EP, Rise and Shine, in early April of 2018, and within the first two weeks of release they sold over 800 physical copies of the album and received more than 2,000 downloads from digital sources.
They have been featured on two major radio shows (WOW Country 99.3 FM & Bay Country 97.9 FM) to promote their three-song EP, and all three songs are now in regular rotation on both stations.