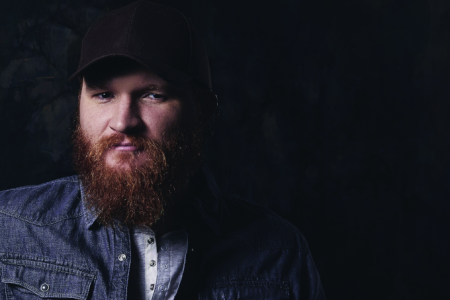 Eric Paslay will be returning to the UK very shortly after his C2C appearance as he has been announced to be main support act for The Shires. Remaining tickets are available here.
Paslay will be a Main Stage act at C2C 2020, as he will be performing an ‘in the round’ of sorts with Tenille Townes and Abby Anderson, but be back on UK soil just over a month after to support Ben Earle and Crissie Rhodes, who make up The Shires.
Speaking about the announcement, the Grammy nominated artist said that he loves being over this side of the Atlantic and is very much looking forward to touring with the duo.
“I’m always excited to return to the UK to play my music,” Paslay said. “The fans there are incredible and I have great memories from the times I’ve played before. I can’t wait to join The Shires this time around and share the stage to play some country music!”
Eric Paslay will be playing:
April 27 – Weymouth Pavilion, Weymouth, England
April 28 – Princess Theatre, Torquay, England
April 29 – Victoria Hall, Stoke, England
May 1 – Engine Shed, Lincoln, England
May 4 – Symphony Hall, Birmingham, England
May 5 – Arts Centre, Aberystwyth, Wales
May 6 – G Live, Guildford, England (SOLD OUT)
May 8 – O2 Academy Bristol, Bristol, England
May 9 – Cambridge Corn Exchange, Cambridge, England (SOLD OUT)
May 10 – Royal Centre, Nottingham, England
May 12 – Sands Centre, Carlisle, England
May 13 – Beach Ballroom, Aberdeen, Scotland
May 14 – Liquid Room, Edinburgh, Scotland
May 15 – The Sage, Gateshead, England
May 17 – Regent Theatre, Ipswich, England
May 19 – Bridgewater Hall, Manchester, England
May 20 – Barbican, York, England
May 22 – New Theatre, Oxford, England
May 23 – Liverpool Philharmonic Hall, Liverpool, England
May 24 – St David’s Hall, Cardiff, Wales
May 26 – The Anvil, Basingstoke, England
May 27 – London Palladium, London, England
June 2 – Brighton Dome, Brighton, England
June 3 – Leas Cliff Hall, Folkestone, England
June 4 – Bedford Corn Exchange, Bedford, England