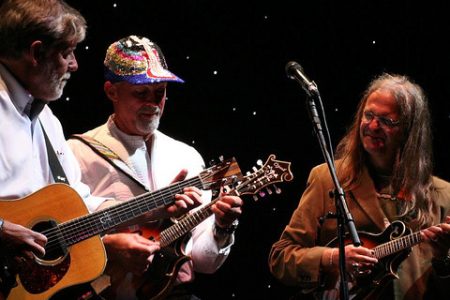 In continued celebration of their 50th anniversary, British folk rock legends Fairport Convention have announced an autumn tour where they will play selected songs from their new album ‘50:50@50’, along with a selection of favourites from their extensive back catalogue.

As well as selling out the Cropredy Festival this year, Fairport Convention continues to win critical acclaim. The band won a coveted BBC Lifetime Achievement Award in 2002, and BBC Radio 2 listeners also voted one of British folk music’s high water marks – the groundbreaking album ‘Liege & Lief’ – ‘The Most Influential Folk Album of All Time’ around the same time. Songs from that album still make up a significant part of the band’s regular set list.

Founding member Simon Nicol commented: “Fairport Convention have been extraordinarily fortunate to create a work ethic based on live performance. As someone whose hobby ultimately became a career, I’m happy every time the van pulls up outside my house to take me off on my travels, where the stage awaits, and I get a chance to make everyone happy that they made the choice to buy a ticket.”

Fairport Convention’s line-up is Simon Nicol on guitar and vocals, Dave Pegg on bass guitar, Chris Leslie on fiddle, mandolin and vocals, Ric Sanders on violin and Gerry Conway on drums and percussion.

The band will also play a set of dates across Scandinavia.

The UK tour dates are as follows

Further details can be found at
www.fairportconvention.com