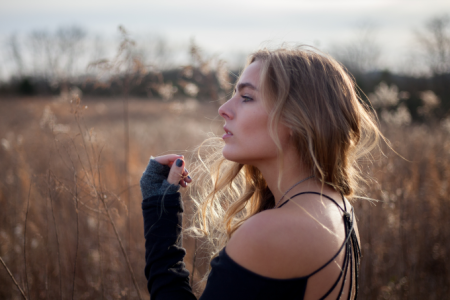 Just before her support slot at Shepherd’s Bush Empire for Brett Eldredge, Lauren Jenkins spoke to Maverick about the tour, new music and exploring the UK with her sister
How did you find your UK tour?
It’s been really awesome. At times touring can definitely be a challenge, especially when you get on the wrong train! But it’s been really fun, I brought my little sister with me as a graduation gift and she’s essentially been free labour as I’ve had her helping carry my stuff and sell merch and stuff like that, but that’s been a unique experience.
We’ve gotten to see some new places and the shows are bigger being out with Brett, which is really exciting for me. I’ve seen a lot of familiar faces as well, which has been really cool. It’s been dreamy.
You touched on it there being with your sister, it must be nice to travel the UK with your sibling?
There have been times where we have wanted to bite each other’s heads off, for sure! But, it’s been really fun and it’s been really great to have somebody that you really care about be there for you after the show and hug really tight.
It’s weird, there’s a four-year age difference, but when I first started touring, if you told me that I would get to tour Europe and bring my sister along – and that we would actually like each other! – I don’t think I’d believe it.
It’s been really special though and Brett and his entire team have been nothing but kind to her and to me, which is awesome because she doesn’t know anything about the music business, but they’ve been really kind to her. We’re both just doing the best we can and don’t always get it right, but they’ve been really sweet about it.
This tour would have been the first time you’ve had a chance to play your recent Bruce Springsteen covers live, how have they gone down?
It’s been really fun playing those. This tour has been tough as I’ve asked people for set requests ahead of the shows and the request list is too long – like I can’t play all the songs that have been requested, so I’ve had to pick and choose.
But every night it’s been a different set, which has been really fun and I’ve also been able to sneak in some new songs, which has been really awesome.
Staying with those covers, when you released Stolen Car and Hungry Heart, you said that you were drawn to good songwriting, but what was it about those two songs in particular that made you want to cover them?
Well, Hungry Heart is really well known, but I’ve never heard a version like the one that I produced and the one I had in my head, where it had that sort of melancholy nature of the lyrics. The version that we all hear is really upbeat and you want to dance to it, but lyrically it’s a sad and lonely song.
I wanted a version that sonically represented that, so people would hear the lyrics more. I’ve also never heard a woman cover Hungry Heart either, so that was really intriguing.
Stolen Car is not as well known, but it’s one of my favourite Bruce songs. Patty Griffin also has a beautiful version of that song, but I’ve always heard this cross between Bruce’s original and Patty’s cover, along with this outro thing I always hear in my head when I listen to that song that doesn’t exist anywhere.
Really, I wanted the fans over here to have new music and it seems that people over here really like Bruce Springsteen based off my past times of touring, so I wanted to go for a well known song and a more obscure song as covers and get it out in time for the tour – and we did it!!
Last time we spoke, you said that you were working hard on album two – how is that coming along?
We actually recorded the Bruce songs on a session where I was recording originals, it was sort of like ‘hey, I wanna do this as I want this out in time before I go over for this tour’, but I guess you could call it pre-production.
I’m writing and then recording as I go, which is a different way of doing it – normally you have like three days or whatever and make the whole record, but this time I’ve been working with some friends of mine.
It works as when I’m back in Nashville, I could write a song and be like, ‘oh this has to be on the record’ and then book another session, so it’s been fun and it’s been fun to play some of the new songs live, too.
That’s clearly a creative process that caters to you, Lauren Jenkins, as and when you get a burst as such – how’re you finding that?
It depends – like the Stolen Car/Hungry Heart thing, even though I was maybe subconsciously thinking about it, it was very much ‘this is how I want to do it, this is how I want it to sound’ and then we just did it.
Other times, certain songs just take a while of figuring out whether it’s right or what the approach should be, or even just finishing the song. Sometimes it’s an hour, sometimes it’s a year.
Obviously you have a strong affinity with the UK, can we expect you back soon for some headline dates?
Yeah! I have high hopes for very soon, so we’ll see.
You can listen to Hungry Heart/Stolen Car by Lauren Jenkins here – while Lauren Jenkins will also be playing some gigs in Atlanta, USA, in May.