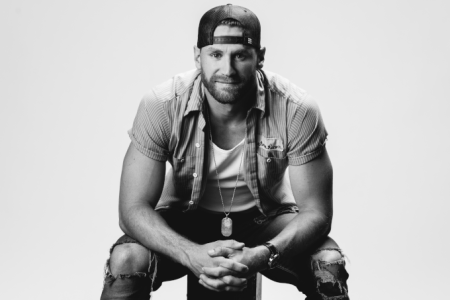 Just before his headline date at O2 Shepherd’s Bush Empire, Chase Rice spoke to Maverick about his new release ‘The Album Part 1’, which was released today (January 24)
It’s been a year since you were last in London, give or take – pleased to be back?
Yeah it’s been awesome. It’s our first time headlining with the full band and it’s been a whole different experience. The crowds have been way bigger and way louder – it’s been fun. C2C was huge I think for that, but now we just keep growing.
You’ve been working on new music in the background as well, it’s called ‘Album Part 1’ – is there a second part due this year?
Yeah I think probably a couple of months after. It won’t be too long, but yeah – part one is seven songs and I think it’s gonna be pretty big for us. The music there, I think, is the best that we’ve ever done, so hopefully people hear that.
Would you say that this fully represents what Chase Rice is as a musician?
I think that this is the beginning of it all. I feel like I know who I am, I know what I want to say and I’ve explored so many different sounds on this record that you’ve not heard before. Lonely If You Are for example doesn’t sound like anything we’ve done before – same as Messy, which we definitely haven’t done before. There are definitely a lot more sounds that you haven’t heard from me and I think the writing, lyrically, is better than what I’ve put out before.
The general lyrical theme is all very positive and would indicate that you’re in a great moment right now – would you say that’s reflected on the record?
Oh, yeah! This is as real as it gets right here. I’m having the best time ever – I love coming over here, I love travelling the world, I’m having great times with my buddies, I had great times with my ex-girlfriend and I’m having great times with other girls. I’m in a place right now where I’m living the life that I want to live and I’m having fun with it.
I’m just in a better place with my life. I’ve got good people around me, I’ve got a good team who are firing on all cylinders right now and that’s going to be reflected in the music. I looked at my notes today and I’m trying to figure out Part 2 now – it never ends! It’s gonna allow me to put out more music more often and I think the music’s better, so I’m having fun.
In terms of production, did you use the same producer or?
On some of them – Chris DeStefano worked on a lot of it, but Martin Johnson, who I’d never worked with before, did American Nights and he’s a badass – we’re gonna work together a lot, I think.
Casey Brown is someone I didn’t work with either and he did Forever to Go – he did the demo and it was so good, I was like, ‘why are we re-doing this? Let’s just add some drums and let it be done’ and that was that. There are different producers all over the place, it’s a different process and it’ll be a different process for Part 2 as well, but I’m not really overthinking it – if it sounds good, we’ll go with it.
In regards to picking songs to be singles, how are you planning that right now?
Hmm. It’s hard because there’s gonna be a Part 2, so maybe one of those will be the next single. We’ve got time and I think the fans will probably be undecided to be honest, cos we’ve got Lonely If You Are still in the 30s. We’ve got plenty of time to figure out what will be following that up, but man I don’t know.
There are a lot of good options. I think Forever to Go is a strong song, I think Everywhere could be a single, Best Night Ever could be a single…but I’ve got one called Drinking Beer, Talking God, Amen that’s not on Part One – it’ll be on Part 2 – and that could be a strong contender. I wrote Love You Anywhere with the Florida Georgia Line guys, that’s not on Part 1 either.
With this project, I didn’t want it to be like, ‘here are the singles and here are a couple more songs’ as it’s a waste of music, so I’m gonna put out the very best songs that I’ve got and whichever ones people decide are the best will be the ones we put on the radio.
The Album Part 1 by Chase Rice is out now and can be listened to here.