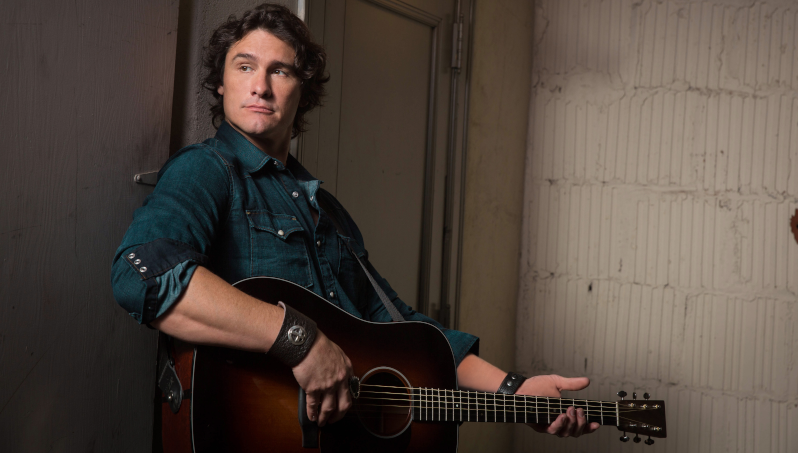 Ahead of his first ever trip to the UK and Ireland, Joe Nichols sat down with Maverick and told us what we can expect from his shows and just how excited he is to be playing in front of audiences here

How are you feeling about coming to the UK and Ireland for the very first time?

I’m also looking forward to seeing parts of London and the rest of the UK that I’ve always wanted to see.

How come it’s taken you so long to get over here?

Man, that’s a good question. There’s been a few times where we’ve had what looked like promising opportunities to go over and play – whether it be putting new music out and needing a promo or a new album – for one reason or other, it just hasn’t worked out timing wise and it’s kind of been like that for 17 years.

I look back at all the albums we put out and the time that it’s taken to make the album and then the promotion for the first year of the album being out there and I think all those albums have just kind of bled into the next. We’ve just kind of found ourselves being in one of those two places, whether in the studio nonstop or promo mode nonstop, so I haven’t had the opportunity.

But here I am coming in a situation where I’m touring heavy and in the studio, but not really pressed for time, so we were able to carve out a little bit of time to go over and try and build a fanbase in the UK, or at least play for the fanbase in the UK.

What are you personally expecting from your trip?

My expectations are kind of up in the air and I love that. I heard everybody is into the album cuts – so not just songs that are highly visible on the radio or television, as people actually buy the music and the package and listen to the albums front to back.

We might get an album cut request or two per show and that’s exciting to me. I’m just excited to be able to be on my toes a little bit and play songs I don’t normally get to play in the shows.

What can the UK audience expect from a Joe Nichols show?

It will be a stripped down acoustic show with a more storyteller environment, which I’m excited about because I love that the crowd listens – like I really love that.

There is an energy that comes with playing a full band show, with the energy and the noise being loud and all that sort of stuff, but really, I’m a really big fan of playing music that matters in front of people that are listening.

That to me is really important, so to hear that’s kind of the way the fans are in the UK is really exciting to me. I can talk a little bit, share a little bit of the story behind the song and the little things that I want to be writing about in the song – all the little bitty details that I really pay attention to.

To have a crowd that also plays attention to that is exciting for me.

Sticking on that acoustic note, recently you released both Yeah and Sunny and 75 as acoustic versions – what was your reasoning behind that?

I wanted to give everybody an idea of what we will be like, as far as the shows in the UK go. It’s not over produced or slicked up like you’d hear on the radio, it’s just me and my guitar player playing like it’s going to be at the shows.

Joe Nichols will be playing:

Tickets are available here and Pip Hall will be the support act for the tour.