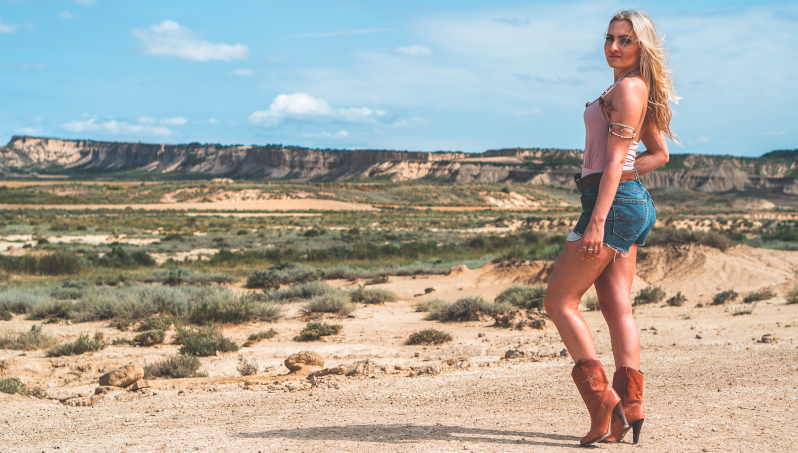 At The Long Road Festival, Maverick sat down with UK artist Katy Hurt, who talked us through the changes to her live show and what she’s working on at present

Hey Katy! It seems you’ve got a new bass player, what happened there?

I think we are a very busy band and we are on the road all the time and I think life sometimes gets in the way a little bit…and yeah, it got to the point where it was getting a little bit complicated, so Ace had to go his separate ways, which is a real shame because I’ve been playing with him for two and a half years.

But Joe has stepped in and he’s doing an exceptional job, and I’m very, very grateful. We call him Bear and the transition has been as good as it could possibly be and we are very happy with Joe.

You seem to put a lot of effort into your live shows and you’ve got a huge entrance now, how did that come about?

I have no idea. We have rehearsals and stuff and we practice all the music a lot, but the entrance is kind of on the fly – we kind of just do it and if it works, it works and if it doesn’t, the band make fun of me afterwards.

We’ve done over 100 shows this year so far, so it’s kind of given us time to perfect certain parts of the show and put together what I think is a pretty good show now, but it is constantly evolving and constantly changing.

Including a gong, it seems…

The gong is a big feature now, yeah.

When was that included?

Well, I ordered a back drop to the stage – my very first stage back drop with my name on – and I was put in charge of ordering it…and I ordered the wrong size. It’s about three times the size it was supposed to be and it would probably be just about the size of the main stage – like, it’s huge! I tried to unroll it in my house and we had to go outside.

So then I was like, ‘now what do we do?’ and we said, ‘well, why don’t we just put a sticker on the gong instead? It’s probably a safer idea.’ So now I have the gong with my name on and a giant backdrop if anyone wants to book us for a really big stage!

It’s been a busy few months for you with the release of the ‘Unfinished Business’ EP and you alluded on stage that you were working on things for an album…?

I am working on it, yeah.

What material have you got so far and how is it coming along?

Well, I’ve been writing songs since I was 13 and Gab (Zsapka, guitarist) and I wrote the whole EP together and we’ve been working together for just over three years, so the amount of work we have and the number of songs we have has been gradually growing, especially when we are on the road together all the time as we find it really easy to write that way.

We have sent about 70 songs back and forth to our producer who did the last record, so there’s a whole life’s worth of work, kind of, that feels like it’s going to go into this album and we are currently at the stage where I’m trying to figure out what I want it to be and what I want it to say.

Some of my songs are very rock country, some are pop country and some are traditional, so I’m thinking about what way do we go and whether we include all of them.

We are working on it, it’s going to be a long process, but I’m very excited to kind of dig in and get recording and see where it goes.