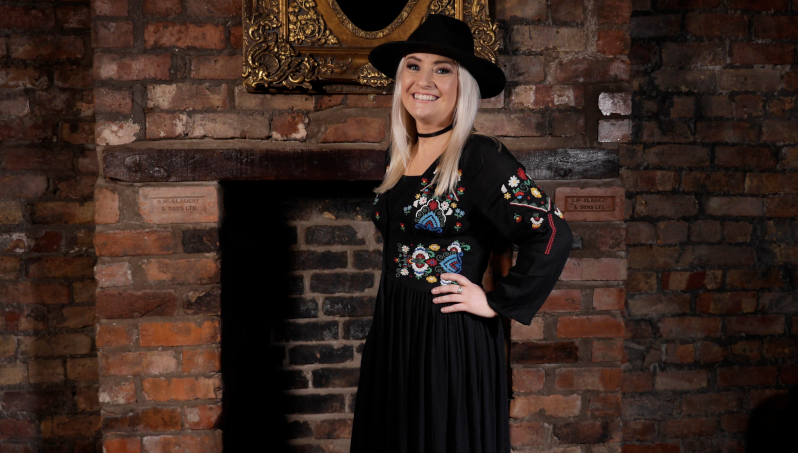 At Millport Country Music Festival 2019, Maverick spoke to Kerry Fearon, who performed two sets over the course of the weekend.

How have you found Millport?

I couldn’t see much of it on the first day because the rain was so bad yesterday, but the second day it looked a lot prettier! It’s really cute.

You keep yourself very busy in the music world, how is the radio work going?

Good! I just recently finished a show with Downtown Country – they are in Northern Ireland and in the same building as Downtown Radio and Cool FM. I was with them for four years, but now I’m doing my own show now on community radio, which has given me more scope to do whatever I want.

At the minute, I’m pushing more into more rootsy stuff, Americana and even folk Bluegrass. These are all aspects of country music that I love and it means I can have guests in too, so I’m really happy to do that.

Going back to your music, a new single came out in June – how’ve you found the reception to that?

Yeah, I think it was June. It’s my version of the Bob Dylan track To Ramona and it’s been doing well, it’s been getting a good lot of airplay. It’s still getting airplay too, so I’m delighted with it.

In terms of new music have you got anything on the horizon?

I have some more songs recorded and I will be releasing maybe a single again in maybe October/November time – I’m still going with country, but I’m leaning more towards rootsy Americana stuff, so I will see how it goes.

Is there anything you’re working on at the minute that you’re finding very exciting?

I have a few duets lined up and it’s exciting to be able to work with other artists, but apart from that, a cousin of mine called Dave Murphy is a songwriter from New Jersey and he has got six albums out already.

I decided in March to send his music out and he got some airplay in Glasgow, so I’ve put together a two-week tour for him and another songwriter called Paul Sacks. I’m really excited about that.