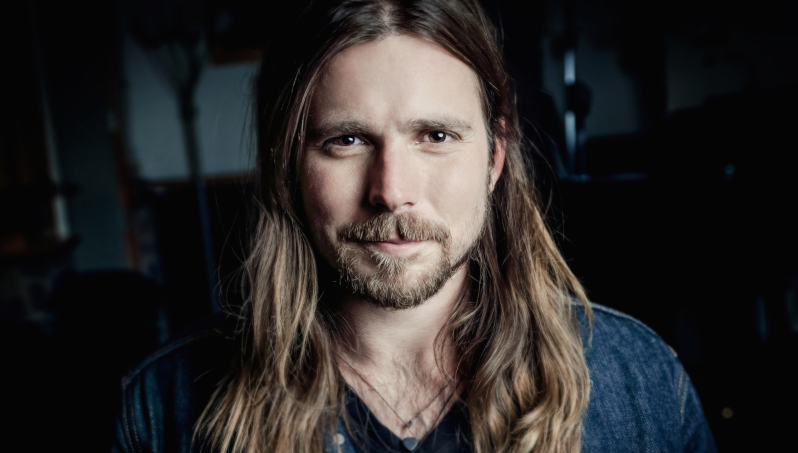 Following his set on the Park Stage at Glastonbury 2019, Lukas Nelson spoke to Maverick about his experiences at the festival, his headline show at O2 Shepherd’s Bush Empire in London and how his latest album – ‘Turn Off the News (Build a Garden) had been received

It’s always a big deal for any artist, but how did you personally find Glastonbury?

I found it to be beautiful. I really love the energy here, I really like the connection to the Stonehenge ancient pagan sort of vibe – I’m fascinated by that history and I think that it all ties into native cultures in the whole world. Being close to this land gives me an energetic charge and it makes me happy.

Glastonbury is a festival for everyone and caters for all music tastes – though it does mean you had a crowd that wasn’t necessarily 100% country or Americana focussed. How did you find the audience?

I found that they were receptive and energetic and it almost seemed like like they were discovering us. A lot of folk out there probably didn’t know who we were and I think that’s a beautiful thing.

We’ve come to another country and reached new people and I think by the end we had everybody rocking – a few were singing along to the words and it’s really humbling to know people listen to your music. We’ve been to Europe a few times and every time we come here the crowd grows, so it’s a good trajectory to be a part of.

Just before you came to Glastonbury, you played Shepherd’s Bush Empire in London – how was that?

That was fantastic. That was an incredible show. We had a little over 1200 people there I think and it was just a packed, beautiful theatre. That was 600 more than we had last time in London when we played the Garage, so to double it and come to Shepherd’s Bush was great.

A lot of music lovers were out here at Glastonbury, but hopefully next year we can sell it out and play for crowds of 2000 people.

You’ve got a new record out in ‘Turn Off the News (Build a Garden)’ – how has the initial reaction been to it so far?

It debuted at No. 1 in the country charts and it’s been at No. 7 in the rock charts and it’s made a lot of the charts and that’s a good thing – that’s really great. The idea is to get it on the radio so it spreads more, but I don’t think this type of music really dies – it will always have its place. Rock and roll will never die, as they say.

I think heart music, soul based music, music based on personal growth, discovery and epiphany and music enthused with positivity – it’s always going to have a place and I will always have a career. I don’t need to be No. 1 all the time because I’d rather make a true connection with a few people than a superficial connection with many.

What strikes most from the album is the chemistry between you and your bandmates – how long does it take to achieve that kind of connection?

All of us as musicians are dedicated musicians to the education of music. That’s to learning about our instruments and mastering our instruments, to listening well to each other. It’s very much a symbiosis between your bandmates and you, where all of you are there for the same reasons and interested in only improving yourself, making yourself more efficient as a band member – in my case, as a band leader – and the comradery between us, the experiences we share…all of these things build towards our telekinesis between each other.

I spent a lot of time on music – it didn’t necessarily come as naturally as one might think. I spent hours and hours working and that’s the thing. I think that if anybody spends hours doing what they love they are going to master it, eventually. You are just going to take time – like years and years.

You’ve got to put in that time. The only thing that I did was choose guitar and choose songwriting and I just dove in as much as I could. It doesn’t matter if somebody chooses to master Logic or Pro-Tools or is somebody who chooses to master a synthesiser or a computer – whatever. If they put in that amount of time, they are going to have success I think.