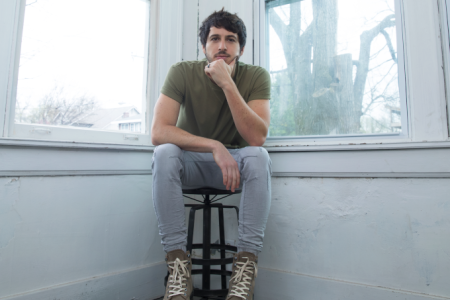 At The Long Road Festival, Maverick caught up with Morgan Evans, who cannot wait for his Australian homecoming tour and has a lot of love for the UK
It’s been roughly a year since the album came out now, how have things changed for you since its release?
Man, everything has kind of changed. It feels like 10 years ago, you know, but also about 20 minutes ago in a really cool way. We couldn’t have come over and played the rooms we played and to the people we’ve played to without it and that’s just a small example of what’s been happening everywhere in the States and in Australia as well.
To see people just connecting to this music…as a songwriter, that’s the biggest thing that you hope for and yeah, it’s been incredible.
The Day Drunk video went live recently and was shot in reverse, what was the reason for that? Did you find inspiration from the video for The Scientist by Coldplay?
I did love that – and the Jack Johnson one too! For this album cycle particularly, I just wanted to challenge myself to do different things with videos. The first one we did was basically a one shot at the whole thing, this 15 second shot in slow motion for Kiss Somebody, which was ambitious and took all day to get one 15 second shot, but then for this one we were like, ‘let’s do something crazy, let’s do a backwards wind up’.
Honestly, it was the hardest thing I’ve ever had to do, but I do feel that the way the video came out captures the same energy as the song, which I think is what you are looking for in a video.
[wpdevart_youtube]ESaC2lTkH-g[/wpdevart_youtube]
How have you found being back in the UK?
It’s awesome, man. You probably hear this from everyone, but you hear it because it’s the truth. The fans here remind me of Australia in the way country fans here are under served – American fans have Tim McGraw one week, then Rascal Flatts the next and Luke Bryan the next week, so the fans here really appreciate it when you show up.
You can see that by the way they do show up, but also the way they know every song – it’s not just the radio hits they know, they know everything. We travelled from Dublin to Glasgow the other day and the airline lost all of our gear – all my loop gear, computers, everything.
All I had was my guitar and so I just played the album from track one to track 11 sitting on a stool and this whole crowd knew every word and that’s a perfect example of what the crowds are like here.
I hope you got that gear back…
Well, as we hit the last chord pretty much, my tour manager got a call from the airline and they were like, ‘hey your stuff has showed up and you have to come and get it in the next half hour!’
How you feeling about going back home to Australia?
Really good man, they’re the biggest venues I’ve ever done and we are doing a couple in a couple of cities in a row, which is pretty awesome.
I’m not sure if you guys have the same thing here, but sometimes when you leave somewhere like my hometown or my home country, people won’t react to it in a positive way. They are like, ‘wasn’t it good enough for you here?’ or whatever, but man, I went back there to play shows for the first time exactly a year ago now actually and it was the best feeling ever.
It was like a celebration of ‘yeah, you’re doing great, good on you’ and all you ever want it to make your hometown proud of you and for me, I think the whole of Australia feels like that to me.
You’ve supported some huge artists like Rascal Flatts, Chris Young and Dan + Shay, but what have you learnt from those slots and playing in front of bigger crowds?
Probably more than I even really know, but there are two main things. The first one is having great people around you and to be great to them. My favourite touring experiences have been on those tours like that, it’s just a pleasure to be around these people and you get really sad at the end of it, but also the show works better as everyone is having a good time and everyone is putting in all their energy because they want to make it great.
The other thing I probably learnt from Rascal Flats more than anyone, is that to just stay hungry and to keep reaching until you are better. They have been doing it at top level now, playing 20,000 people a night for 20 years and their show is as good or better than any other that I’ve seen this year.
The energy they put into the video content and the way that it all flows…it’s really impressive to see them at their stage in their careers, still reaching and being really relevant.
It’s that success breeds success mentality, isn’t it?
Absolutely – Keith Urban is another good example of that as well. He’s from a similar era like 20 years ago now, but still crushing it on the radio and still filling these places up. It’s inspiring to be around.