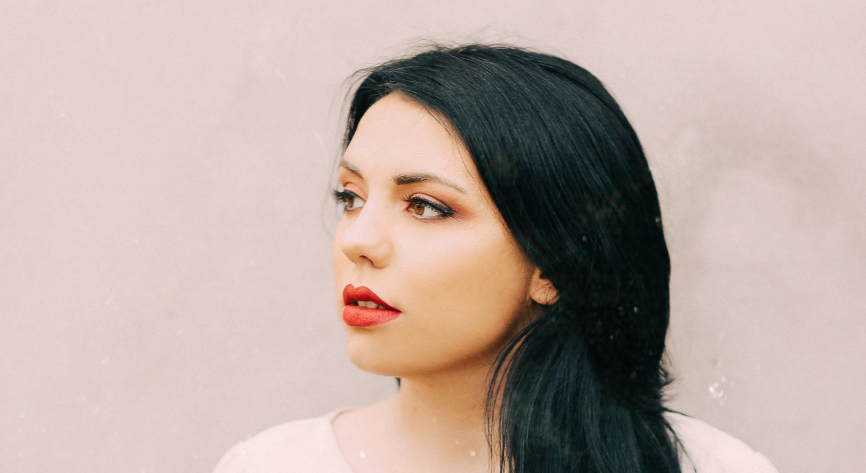 The first instalment from our collection of interviews from Millport Country Music Festival 2019 is with Jade Helliwell, who is very busy at present.

Hi Jade! So firstly, what do you make of Millport?

It’s got really nice scenery, I don’t think I’ve ever played anywhere so close to the sea like that. It was really nice driving in and so far everything is really close together and everyone is very friendly, so yeah, it’s really cool.

What’ve you got coming on the horizon?

I’ve recently released a single called Put it on You, so I’m still sort of pushing that about at the minute, but then I’m back in the studio to record another single, which will hopefully be out before the end of the year.

I don’t know exactly when yet, but it’s nice to get in and just keep constantly working on new music and keep a stream of it coming out.

Are you building towards an EP or something like that?

I’m not entirely sure at the moment! This year, my plan has been to just keep releasing singles, so this will be the fourth or the fifth single I will have released in the last 12 months. I would love to do a full-length album, but I’m just not entirely sure when.

Talk me through your production process, how do you work in the studio?

So when we go in, I already know which song it is that I want to record. I record at the Banger Hanger in Essex with Rob from Holloway Road and he’s got a very good ear, so I send him the track beforehand and he will already have some ideas when we get there.

Then, Luke Thomas – my guitarist – will also come with me and he’ll have ideas on changes to make, so we go through that and lay down a rough demo and then start to add in all magic parts, which is really cool.

It is really nice to watch it come alive, because I only ever hear it acoustic until we get into the studio, so it’s great to hear and get people’s minds in and hear it as like a full production.

The single aside, what else have you got planned for the rest of this year and 2020?

I’ve got a couple of dates coming up, I’m going to be supporting Morganway in November in Manchester and I’m helping organise some gigs that UK Country Live are putting on and then going into next year, I’m looking to head back to Nashville and get some writing done out there.

I also want to visit a few more countries and try and perform wider in this country as well, so different cities around the UK as well and hopefully next year, you will see me in more places.