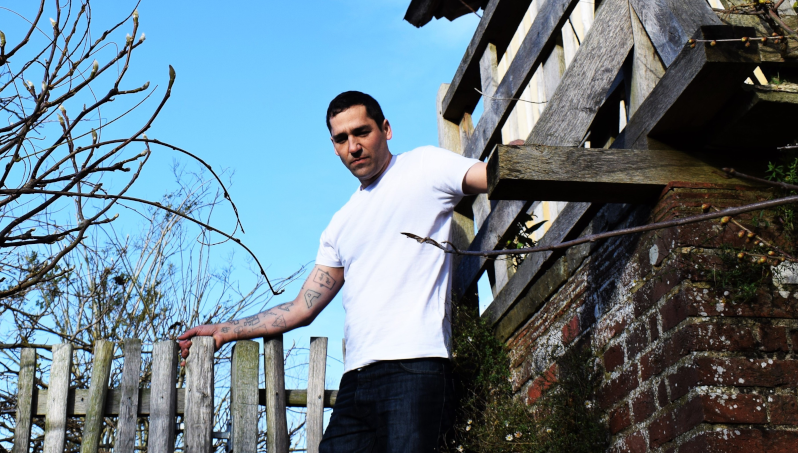 It’s fair to say that Alex Milanian – otherwise known as L Protector – hasn’t had the easiest of lives, but the artist channelled those experiences and put them into his self-titled lo-fi album and spoke to Maverick about it

At the heart of country music are songs that come from deep places, laying yourself bare and pouring out your emotions, feelings and experiences into tracks. It’s not only therapeutic for artists, but also allows for connection with the public who are going through similar things.

For UK/Iranian singer-songwriter Alex Milanian, that was exactly what he was going for with his recent album under the moniker L Protector, which explores his darkest and most challenging moments.

Ultimately, Milanian wants the album to be something to help the younger generation and that penning his experiences and life choices is something that he finds very easy and rewarding.

“At the very core of it, I wanted it to be an anti-drug album – especially for young people and all the people that are thinking about that kind of road ahead,” Milanian says. “If I have one thing in my life that I will be proud of, it will be if a few people can get that message through it and they can avoid that kind of life.

“It’s also about what it’s like to be a human being – to experience love, grief, joy, pain…all things like that. To me, the easiest thing is to write about what I’m experiencing and been through. I get something out of writing it down and kind of exercising it from my life.”

The album itself has a very DIY feel to it and that is very much the case – as an independent artist, Milanian hardly has the funds to book out a studio in Nashville for three weeks to get everything right and instead had to do everything himself – meaning that every note and every word was composed by him.

“It was a real low profile thing in my front room and then I had another friend, who is a professional engineer, mix it for me. I love that type of music you know, I really love sparse, basic instruments from the heart.”

Listening to the album and it is clear that Milanian is really opening out every part of his soul – it isn’t uncommon in country for people to be overly honest, but this takes it to the next level.

Despite that, Milanian believes that while the content may be hard hitting for some, there is enough in there that everyone can relate to in some capacity.

“There are some really heavy songs and very sad in there and I think that it’s a very powerful album. It might be too much for some people, but there’s a lot of redemption in there and a lot of joy and there are songs about love as well.

“If anyone can get what I’m trying to get across about the album, it’s that it’s about the human experience. That kind of thing appeals to everyone as everyone experiences love, heartache and grief.”

For those who like their music to be strong, heavy and completely honest, than you need to give L Protector’s album a spin.