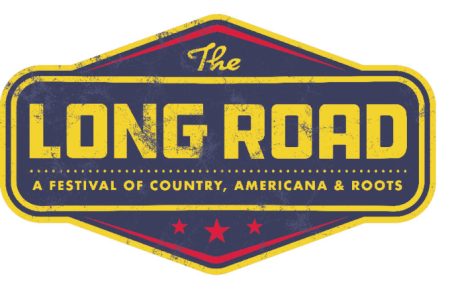 Everette were one of the talking points of the whole festival! They played numerous times throughout the weekend and each time a larger crowd flocked to see them. They’ve been working hard, writing for the next record with the likes of Matt Jenkins, Aaron Raitiere and Brian Simpson to name a few and we can’t wait for it to come out.

When did you first know you wanted to be musicians?

Brent: Well, I always tell this funny story. I really have a vivid memory in my mind. From when I was a kid, telling my sister, I think I either want to be Alvin and the Chipmunks or Garth Brooks. I knew Garth Brooks got his start in Nashville. So I guess I ended up there.

Anthony: My dad bought my brother and I a cheapo guitar at a pawn shop and a little amp with a little push button for heavy metal distortion. My brother is older than me, so we started playing taking turns but I was always hogging the guitar. Then finally, he got a little bored with it. I picked it up and it started coming a little faster for me, and he got kind of angry. And so like, he would come take the guitar from me. My mum ended up buying me my own, like a harmony acoustic guitar from a magazine, in 1998 or something. I remember sitting there playing and things kind of starting to connect, like, what music feels like what it feels like to play chords to play along with your favourite songs. There’s something about that inside of me that resonated for the first time.

What sort of music did your parents make you listen to on long car journeys and what are you choosing to listen to now?

Brent: My dad listened to a lot of old country, some Merle Haggard, but he also loved old rock and roll like The Beatles, and The Stones and all that great stuff. My mum was really into the 80s pop stuff like Phil Collins and things like that. I grew up going to church a lot. My parents they loved church so we were there a lot. So all the old hymns, all the old hymns and all that it was more of an evangelical style church. So it’s very soulful, very loud, drums, guitars, lots of energy!

Anthony: Sort of a similar thing – church music. My mum and dad were divorced before I was born. So it was kind of like two different lives. When I lived with my mum and my stepdad, it was church. Every day those doors were open, we were in there. We also weren’t allowed to listen to secular music, no rock and roll radio or anything like that. But at my dad’s when I went to my dad’s house, it was like Aerosmith, Alanis Morissette. My dad was a disc jockey for AFN. So he’s playing these rock and roll records, but I wasn’t allowed to listen to them. We started sneaking stuff, and stealing from our neighbours. I remember probably the only thing I really ever truly stole was, we were at our neighbor’s house, we’re supposed to be watering their plants and they had a Green Day Dookie sitting there and I was like, you’re mine. I kept it hidden for like a year my parents never knew.

READ THE FULL ARTICLE IN THE LATEST ISSUE OF MAVERICK MAGAZINE!