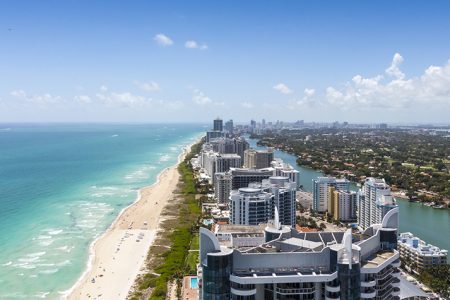 Country music took over Miami during the weekend as the first ever Tequila Bay Country Music Festival took place on the grounds of Miami Marine Stadium.
More than 10,000 people are reported to have flocked to the venue according to the Miami Hearald, including Brantley Gilbert, Kip Moore and Montgomery Gentry. Free tequila was served for three hours in the afternoon, including 15,000 shots.
A Country Music Association study has shown that the number of Hispanic country music fans across the nation has grown by 25 percent in the last 10 years, prompting Nelson Albareda, president of producer Loud and Live, to bring the event to Miami.