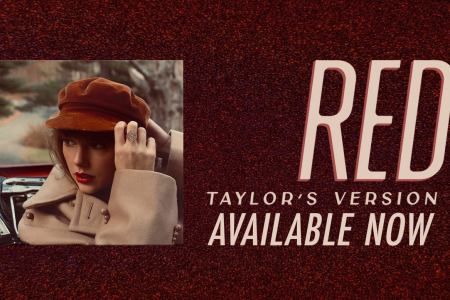 Get out of the way of the song

As Swifties, we all knew about the ten minute version of ‘All Too Well’ and for years we have imagined what that would sound like. Now we know! It’s split the fan base with some saying they prefer the ten minute version and others preferring the edited five minute version that we first came to know and love. For me I believe the original impacted fans in an incredible way, and we needed to hear that first. The lyrics tell a clear story, painting the scene in the listeners mind whilst the melody follows a solid structure. All that being said, some of the lyrics in the extended version are breathtakingly beautiful; “The idea you had of me, who was she? A never-needy, ever-lovely jewel whose shine reflects on you” – the internal rhyme here is brilliant! Of course good songwriters revisit songs time and time again and refine them but it’s more than that for Taylor, she’s sacrificed some heartfelt and meaningful lyrics that were probably very dear to her in order to put out the best version of the song, or the version that would land with fans the most. Though her feelings are what inspired the song, she’s got herself out of the way of the song and allowed it to soar. Releasing the ten minute version however, has given more depth to the story, something that die hard fans will appreciate and treasure.

You only regret the things you didn’t do

When I first heard ‘Fearless (Taylor’s Version)’ I commented that it was like hearing the record in glorious technicolour. Similarly when I hear this version of ‘Red’ it’s like my senses are more alive; it’s the same as the original, though the colours are brighter, the sounds are sharper. To me, Taylor revisiting the songs like this, staying true to their original sound signifies that she has no regrets. Many of us upon reflection, though we may wish some things had turned out different, we don’t actually regret the actions that led us to that point. The age old saying of ‘you only regret the things you didn’t say or didn’t do’ is evident in the fact that she has kept everything the same except for the additional ‘From The Vault’ songs which are, like the rest of the record, beautifully written.

Nine years have passed since Taylor first released ‘Red’. I remember my mum let me skip school the morning it came out to pick up my copy from HMV. I was queuing outside the shop before it opened and after digging out my old Walkman I listened on the bus back to school! My favourite song after that first listen was ‘The Lucky One’, I don’t know why I just connected with it instantly. Now as I listen to Taylor’s version, the songs take me back to that time. I hated school and Taylor’s music was my comfort but as well as the nostalgia, there are other songs I connect with now at this stage in my life that I didn’t perhaps connect with back then, songs like ‘I Almost Do’ and ‘The Last Time’.

Walk boldly into the unknown

The way in which Taylor is reclaiming her life’s work is unprecedented – it’s brave and it’s bold. She really is walking into the unknown with this project, revisiting difficult moments in her past and releasing music that’s already been heard the world over. Unsure of how it will be received, she’s doing it anyway, for herself and for her fans and so far it’s working! She continues to make history, breaking records with the achievements and accolades she claims with this project!

Finally, over the past couple of years Taylor has taught us that our art, our words are the most important thing that we have in our Arsenal. They have the power to heal and to hurt in equal measure, to start and end wars, to burn and build bridges, so use them wisely. They can’t be sold or bought or owned by anyone other than yourself and if, like it’s so easy to do in the music industry, you do let them go, fight to get them back! They are rightfully yours.