FOLK – A film by Sara Terry 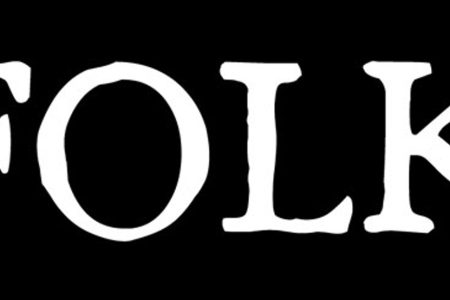 A film by Sara Terry

Sara Terry, the producer/director of FOLK, is an award winning journalist-in print, public radio, and photojournalism. FOLK is her second documentary. The project web site describes FOLK as “a verite character study, part music documentary, part road trip movie-a multi-layered examination of three artists at dramatically different points in their lives, faced with the challenge of how to be heard in the 21st-century version of this distinctly American art form.” Is it distinctly American? FOLK opens and closes at the annual-late February-International Folk Alliance Conference in Memphis, Tennessee, albeit separated by 12 months. There we meet the central characters-Dallas based solo artist Dirk Hamilton, Austin’s Flying A’s-husband and wife duo, Hilary Claire and Stuart Adamson, and finally the trio of California based John Elliott, Texas immigrant Raina Rose and New York’s Anthony da Costa, supported by Californian Andrew Pressman (upright bass) -and witness them dealing with life over a period of twelve months. Seeking, at the outset, to define the 21st century musical contexts of FOLK, relative to the fame (and therefore financial) factor, James Lee Stanley offers “Nobody here thinks they’re going to become The Beatles. Everybody is here playing music because they love it to death, no matter what that costs.” Radio producer Jen Hitt highlights the genre’s tradition and roots “Folk music has always been a personal experience-meet your audience, remember your audience-there’s the basic economics of it, folk can’t exist without community. When you’re not targeting a mass audience, when you’re targeting people’s hearts and minds you need that community to support that endeavour.” Finally, music critic/author Dave Marsh employs a snapshot from the past and suggests a future possibility. “Charles Seeger, Pete’s dad, used to say that you measured a country by the number of people who made music in that culture. We need to get back to a culture where people make music for joy not for money.”

Indiana born and raised in Northern California, currently aged 63, Hamilton’s back story runs to first making music professionally aged 15. Signed to majors ABC and Elektra/Asylum during the mid/late 1970’s, thrown off a Warren Zevon tour-NOT his fault-Elektra dropped him. He stopped making music for a time. There are shades of Detroit’s Rodriguez in Dirk’s early 1990’s discovery that he was a rock star in Italy. For two decades his income has mainly come from touring there. In FOLK…Dirk collides, head on, with unfamiliar “networking” avenues at IFA, and recalls frequenting The Roxy in the 1970’s-a rock club. Failing to prepare a picture postcard listing his private IFA showcases he groans “I grew up with managers and I think I got spoiled.” Out in California, Dirk performs Thug Of Love in McCabe’s Guitar Shop, a long established Santa Monica folk club and wanders the beach area where he once lived. Former Rolling Stone reviewer Steve Pond describes Dirk as “Cranky and weird. He never made any bones of the fact that he hated the music business.” A friend from 30 years ago, Patti Hartman, finds him and begins directing his career. There’s archive film of Dirk and his electric band, circa 1979. Dirk takes his kids for pizza, teenage guitarist Chavis and young Phoebe. “I have real relationships with them. I miss no opportunity to tell them I love them.” In NYC for a gig, Dirk witnesses a protest march by young people. “This is like the 1960’s, I never thought I’d see it again.” Dirk is seen performing in Italy. At the close he reflects “I’m always growing as an artist. I love what I do. It’s hard for money.” A year on in Memphis, postcard in hand, he reflects “I love everybody, I’ve learned.”

Both previously married, Hilary and Stuart Adamson first appearance is at a private IFA showcase. Hilary met Stuart at a Kerrville Folk Festival song circle circa 2005. She attended Kerrville Song School to learn to play guitar. They began working together. “He needed a harmony chick on his second album.” Stuart “We came together when we really needed each other.” At the legendary Ardent Studio, with producer John Jennings (Mary Chapin Carpenter), Hilary records a vocal. Jennings calls her “A force of nature” and adds “In a fair world, half the songs on this record would be big hits.” In a tearful scene Hilary confides “This whole music thing saved my life,” is seen co-helming an IFA house concert seminar, and teaching an Austin school choir. Stuart reflects “I was teaching full-time. I’ve been substituting some. Trying to keep my head above water then life happened.” On local tv station K-EYE they’re seen performing. Driving home, they dream of performing on Austin City Limits, Letterman, Saturday Night Live and the Grammy Awards. There’s a segment from the Flying A’s debut on Kerrville’s main-stage. Unlike Hamilton, we don’t see Stuart’s kids. Financial pressures eventually dictate Stuart returns to teaching, while Hilary tours supported by Austin musician Danny Britt. Stuart “I don’t want it to end.” They go for marriage counselling. Hilary “There were times when I thought I was going crazy. He had a really tough year.” As for their music “It’s not about the dollars at all. This is my life and I love it. It’s such a gift to have a husband and a partner in life and in music that feels the same way.” While Elliott, Rose and da Costa are seen criss-cross the country “on tour,’ the focus principally falls on Austin based Raina and boyfriend Andrew. At an IFA showcase the trio are seen performing Elliott’s Love Found Lost and Rose’s Let Me Down Easy. Raina “I love playing with other people, I love harmonies. That’s the one thing I miss about being solo, there’s nobody to sing with.” On life as a performing musician, “The major labels are dinosaurs. The independents are wonderful, but there’s too many of them. The internet created a middle class of musicians, but also created a lot of white she noise. Any way to get above the white noise I will take. It’s a great life, but it’s not a great living.” Andrew reveals “I was working for Apple and I quit a $45K job to play music full time. Folk music.” A pregnant Raina comments “He’s always wanted kids, so we’re having a little folk baby.”

Emmet Rose Pressman arrives before the final credits roll. Raina began playing guitar aged 11. Her father played guitar and penned songs, her mother wrote poems. “It didn’t occur to me there were people who didn’t do that.” On being told to go to the Kerrville Folk Festival, she recalled “Why in hell would I ever go to Texas for anything. I went and absolutely fell in love with everybody I met there.” Raina on songs “They used to be the way people remembered their histories. Now I feel it’s the way people are figuring out their futures. To foster and build community around that is important.” Elliott on Rose “Raina is such an open receptive person. She doesn’t beat herself up about the way things should be, versus the way they are, because it’s the way they are. I was drawn to her the second I met her.” Raina on the future “If we don’t start to make a living, we need to figure something else out. I really want to continue to play music. I know Andrew doesn’t want to go back to a cubicle,” and with grace adds “If I have gotten to play music for six years for people that is amazing and I am so lucky. If I go become a pre-school teacher, I’ll still feel incredibly lucky that I got to do it.” FOLK closes with an IFA performance of Da Costa’s The Last Call. Seems appropriate… Arthur Wood