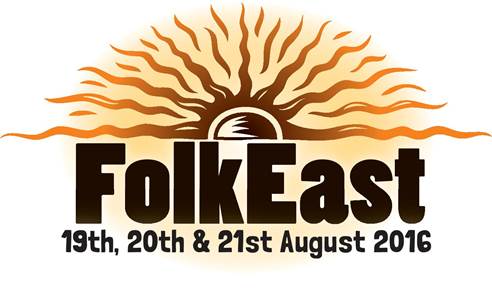 Few fiddlers can hold a candle to the iconic Knight whose presence has enriched the British music scene for more than four decades. Since his departure from folk-rock’s iconic Steeleye Span at the end of 2013, Knight has turned his full attentions to his boundary blurring Gigspanner trio conjuring up a completely distinctive sound.

Now living in south-west France, the London-born musician will be centre stage at FolkEast for ‘An Audience with Peter Knight’ and will also be hosting a violin masterclass. Also joining the line-up will be the hugely popular John Spiers – one of the leading squeezebox players of his generation. With the final curtain falling on the mighty multiple award-winning band Bellowhead as well as the duo Spiers & Boden, “Squeezy” is pursuing a new solo route.

Also just announced are captivating Yorkshire duo O’Hooley & Tidow Innovative, witty and moving, Belinda and Heidi have been described as “lionhearted trailblazers of contemporary music and songwriting” and Cambridge band The Willows, feted for their “absolutely gorgeous sound” by Bob Harris, offering a mellifluous melding of Americana, bluegrass and English folk, from foot stompers to ballads.

FolkEast will be packing a punch with no less than seven 2016 BBC Radio 2 Folk Awards nominees (including irrepressible patrons The Young ‘uns, looking to retain their Best Group title). Other nominees are Eliza Carthy (Folk Singer of the Year); Katriona Gilmore and Jamie Roberts (Best Duo) Sam Kelly (Horizon Award) Andy Cutting and Dan Walsh (Musician of the Year) and Sam Carter (Best Album for Salvor – his False Lights collaboration with Jim Moray) – an act whose first ever appearance was at FolkEast.

Adding to the Irish flavour will be an appearance by the engaging Dublin singer and bouzouki player Daoiri Farrell.

One of the most singular events on the UK festival calendar, FolkEast was launched five years ago by husband and wife John and Becky Marshall-Potter.

Advance weekend tickets are available price £115(adult), £98 (full time students, senior citizens) and £65 for Youth tickets (12-17 year old) which must be purchased with an adult ticket. Family weekend tickets for two adults and two 12-17 year olds are £320. A great offer sees free admission for children aged 11 and under and optional camping is included with all weekend tickets, with a £25 charge for campervans and caravans.