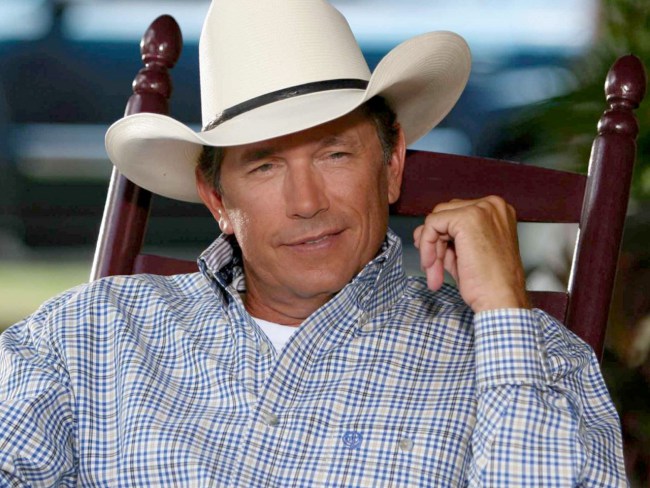 George Strait has been named Texan Of The Year 2018 by the Texas Legislative Conference, which consists of a state-wide group of business and political leaders.

The title was given to George for his fundraising efforts in the wake of widespread flooding after Hurricane Harvey struck, which invilved the artist organising a benefit concert in September 2017 featuring Miranda Lambert, Chris Stapleton, Lyle Lovett and Robert Earl Keen, eventually bringing in more than $50 million in aid.

Select performances from the star-studded event were also featured on the multi-network TV special Hand In Hand: A Benefit For Hurricane Harvey Relief.

“No one has done more than George Strait to raise awareness and funds for the Hurricane Harvey relief efforts,” said Texas Legislative Conference Chairman Doug Miller. “He put his well-earned reputation on the line and asked not only his fellow Texans to step up, but all Americans. And they have.”

Known for his cowboy look, and being one of the first and main country artists to bring country music back to its roots and away from the pop country era in the 1980s, Strait won a Grammy award for 2008’s Troubadour and was named the Country Music Association’s Entertainer of the Year in 1989, 1990 and 2013.