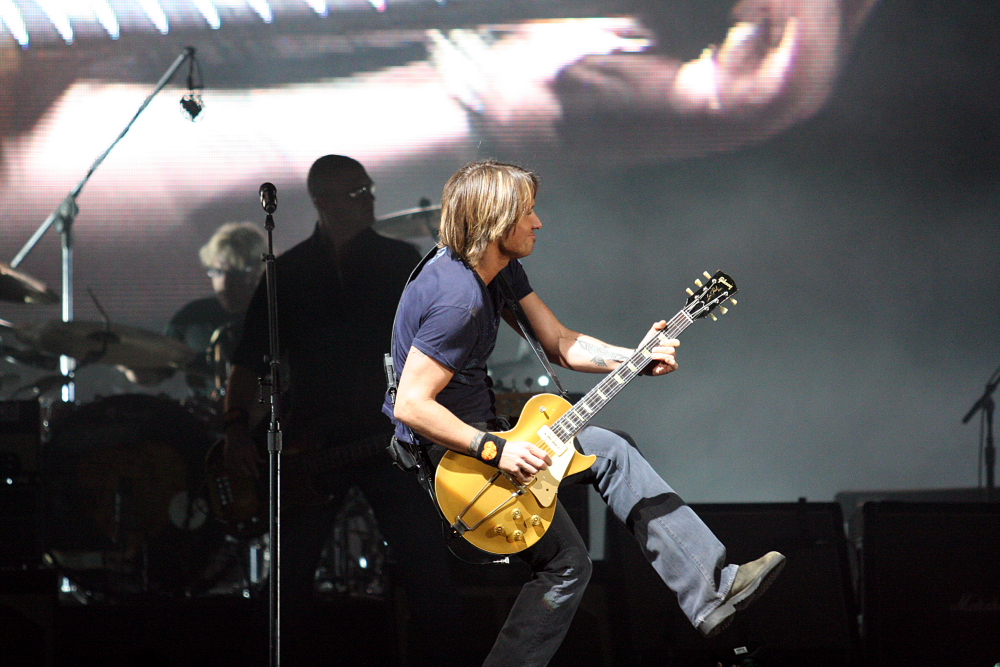 Nashville resident Keith Urban played at the town’s annual New Year’s Eve celebration for the second year in a row, performing a tribute to artists remembered for their compelling music.
The performance included a backdrop of photos of late artists as a medley of songs played, including “Midnight Rider” for Gregg Allman, “Johnny B. Goode” for Chuck Berry, “Tulsa Time” for Don Williams, “Wichita Lineman” for Glen Campbell and “My Town” for Montgomery Gentry‘s Troy Gentry.
Urban closed the tribute portion of his performance with a rendition of “Free Fallin'” for Tom Petty, promompting audience members to join in the singing. Urban then lifted the mood by asking “all the single people” to sing, then demanding the same of the couples in the audience.
The evening also included Maren Morris–who dueted with Urban–Cheap Trick, Carly Pearce, Jonny P, Larkin Poe, and the Fisk Jubilee Singers.