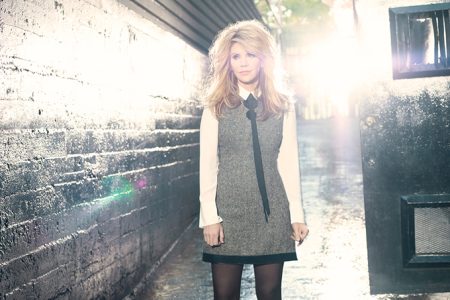 Four years in the making, Alison Krauss’s first solo album in 18 years – Windy City – was anything but plain sailing. But, as the bluegrass star tells Paul Dimery, she overcame the turbulence to emerge triumphant.
Alison Krauss sounds a bit fed up. An afternoon of phone interviews has left her hoarse and exhausted, and now she’s struggling with my British brogue and a transatlantic phone line that insists on cutting out every few minutes, leaving both of us hanging in mid-air.
After exchanging niceties, I begin our interview proper by asking for a personal recollection of her formative years, before she rose to fame as one of the world’s biggest country stars and began collecting Grammy Awards for fun (she has 27 to date, making her the most prolific living recipient along with Quincy Jones, a man 38 years her senior).
There’s a long pause at the other end of the phone as she casts her mind back through her career. A very long pause. Then a crackle. Nope, the line has gone dead again.
It wasn’t supposed to be like this. Originally, Country Music was set to meet the Illinois-born bluegrass sensation in person, in London, prior to an intimate gig at the BBC’s Maida Vale Studios where she would showcase her new album, Windy City. But a throat infection meant that Krauss had to cancel her visit to the UK at the last minute, and so here we are, trying to overcome tiredness and technology on either side of the Pond.
No wonder she’s feeling frustrated. “I’m still not completely over [the illness],” she rasps when the connection finally remedies itself. “It was only supposed to last about three weeks, but it’s not letting go.”
Early virtuosity
Her downbeat nature today jars with those oft-recounted tales of the wildly talented ingénue who entered her first fiddle contests aged eight, laying waste to her rivals with thrillingly offbeat renditions of The Beatles and Bad Company; formed her first band at 10; and discovered bluegrass music at the tender age of 12, taking a shine to banjo stalwarts Ralph Stanley and J.D. Crowe while her school mates were listening to Cyndi Lauper.
When the Society For The Preservation Of Bluegrass in America labelled Krauss the ‘Most Promising Fiddler in the Midwest’, and Vanity Fair magazine followed suit by describing her as a “virtuoso”, she’d not yet reached her 14th birthday. “I would just show up and do my thing,” says Krauss, recalling those early competitions with a modesty that belies her lofty achievements.
“I don’t remember being goofy or nervous about doing them at all, and I think that might’ve been irritating to my folks. They felt like I should be taking things a bit more seriously or realise what was going on, but I don’t remember being terribly aware.”
It was Krauss’s mother, Louise, who’d first set young Alison on her path to musical destiny, encouraging her daughter to learn the classical violin at the age of five.
But Alison soon gave that up to pursue what she deemed to be her true calling in life: “I liked fiddle music a lot,” she explains. “I would spend hours cassette-recording the famous fiddle players and learning the tunes that other people did. I studied how they held their bow and tapped their feet, that kind of thing.”
She proved to be a natural; indeed, such was her skill with the instrument that she quickly found herself in demand among seasoned artists looking for session talent. One of those, bassist and songwriter John Pennell, was so impressed with this fresh-faced starlet, he invited her to join his band Silver Rail (later to become Union Station). 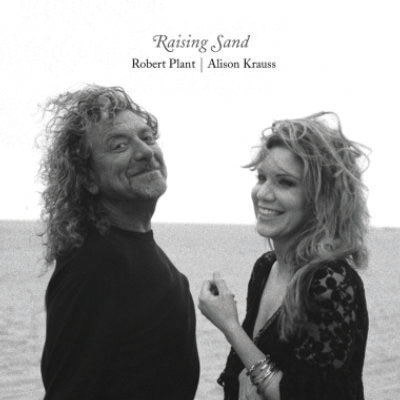 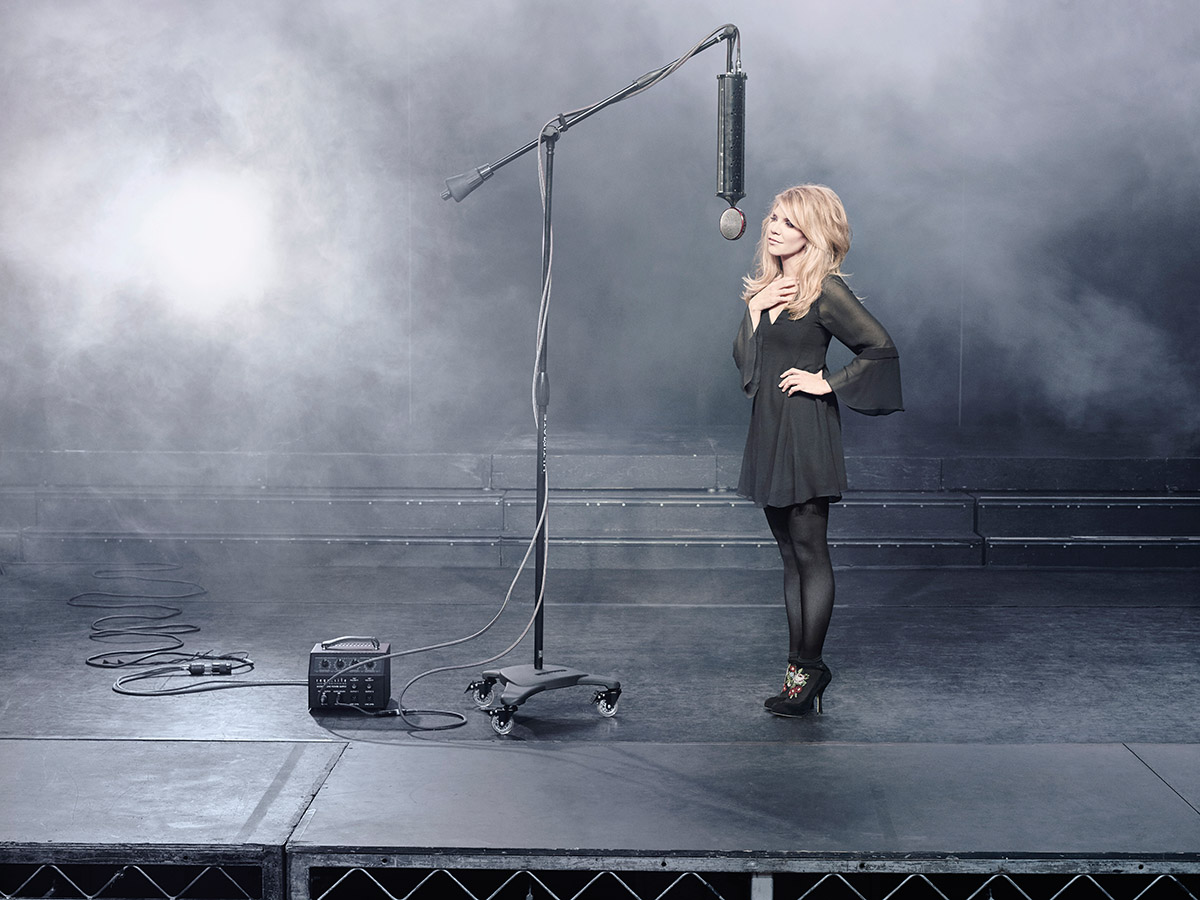 Perhaps unsurprisingly, Dream Of Me isn’t the only song on the record that stems from one of Krauss’s childhood memories; indeed, the vast majority of the choices hark back to her adolescent days when, as a fledgling fiddle star, she attended local bluegrass festivals, sat glued to her parents’ television or played old vinyl records in search of musical inspiration.
One of those records, The Osborne Brothers and Mac Wiseman’s The Essential Bluegrass Collection, unearthed the jaunty It’s Goodbye And So Long To You, a song Krauss says she’d “always really wanted to record” and which she faithfully reproduces on her own album, with the help of Dan Tyminski and Hank Williams Jr on backing vocals.
The title track is another made famous by The Osborne Brothers, and features guest vocals from Jamey Johnson and Suzanne Cox. “The first time I heard that song was when I first met The Cox Family in Texas in 1987,” says Alison, referring to the group with whom she’s previously collaborated on both the O Brother, Where Art Thou? soundtrack and 1994 album I Know Who Holds Tomorrow. “It’s very close to my heart.”
Female perspective
The harmonic I Never Cared For You – featuring Suzanne Cox and her brother Sidney – sees Krauss channelling a non-charting Willie Nelson single from 1964, but “switching the lyrics around in my mind so that it sounds like a woman repeating something a man has said”. While Poison Love – a long-forgotten 1951 Bill Monroe B-side – secured its place on the tracklist because “it’s like the most excitingly rhythmic bluegrass tune, and I thought it would be really fun to do”.
And then there’s album closer You Don’t Know Me. Previously recorded by two male artists – originally by co-writer Eddy Arnold in 1951, and later by Ray Charles for his 1962 album Modern Sounds In Country And Western Music – it takes on a whole new meaning coming from a female voice. Or at least, that’s how Krauss interprets it.
“You Don’t Know Me is a little like [Bonnie Raitt and Richard Thompson’s] Dimming Of The Day, or [Linda Ronstadt’s] Long, Long Time, or that Gladys Knight & The Pips song If I Were Your Woman,” she says. “It sums up those times when a woman wishes she was saying something but never actually does; it’s a one-sided conversation that she never says.” 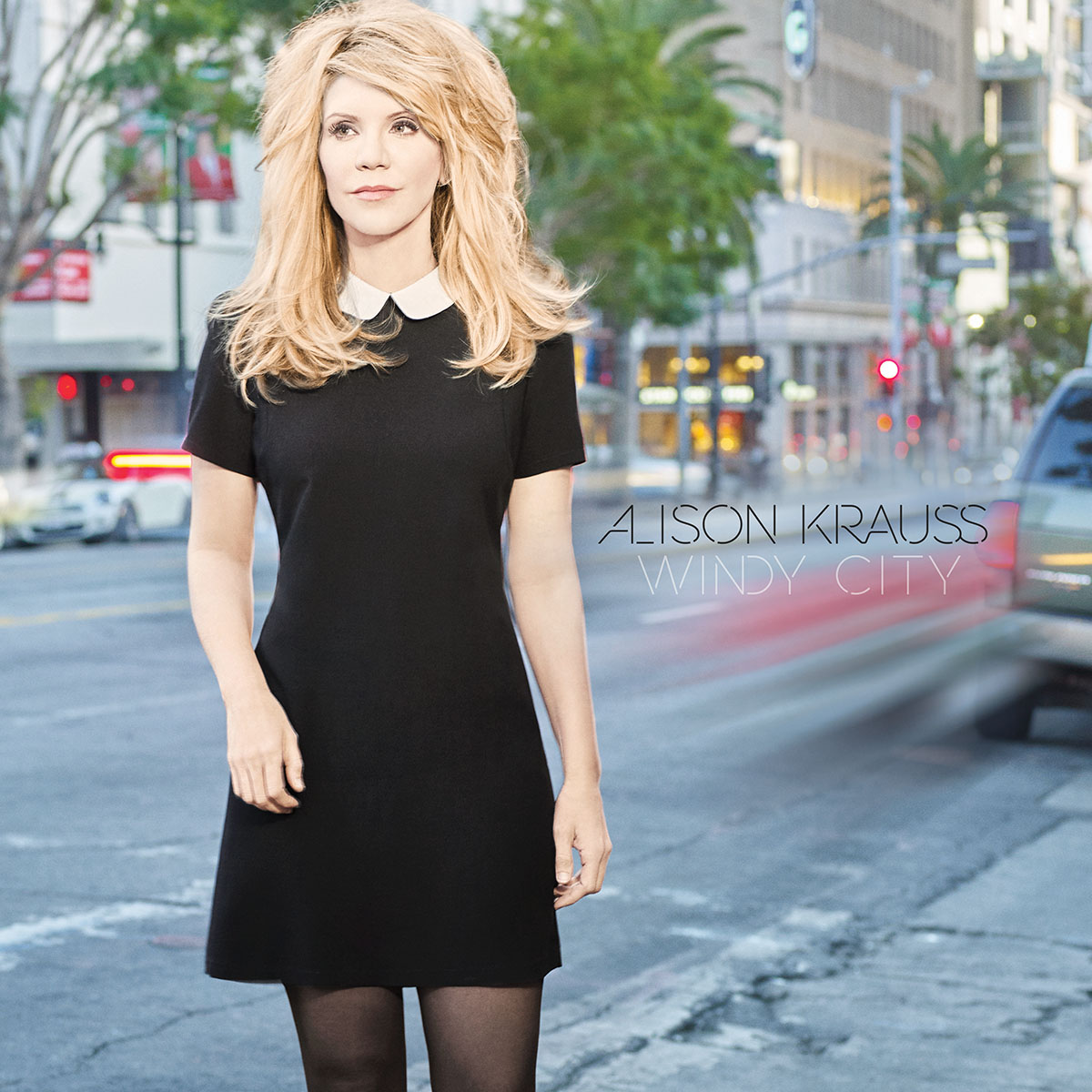 While Alison insists that the songs should not be seen as pitiful (“I love that there’s strength underneath there; that whatever those stories are, they didn’t destroy,” she says on her website), that sense of yearning pervades much of Windy City, and jovial interludes are few and far between (Krauss plays the fiddle on just one track). Of those melancholic picks, it’s probably the two originally recorded by Brenda Lee that carry the most resonance.
On the Manos Hadjidakis-penned All Alone Am I – which Krauss tells us she learned from watching the legendary American singer performing on a French TV show – she delivers a dewy-eyed vibrato over a lush orchestral arrangement that can’t fail to tear at the heartstrings.
The second of those compositions, Losing You, was written by Pierre Havet, Jean Renard and Carl Sigman, and originally recorded by Lee for her 1963 album Let Me Sing. Krauss seems proud of her take on the song, and she has every right to – not that everyone was convinced she could pull it off: “My son told me that he didn’t think I should do Losing You because he didn’t think there was any way to touch Brenda Lee,” she recalls with a laugh.
“He said she was so perfect that he was afraid I’d ruin the song. We would drive around town and he’d be like, ‘Mum, you’re so beautiful but you’ve lost your mind.’ Which was great because at the time he was only 14; I thought, ‘For him to know how awesome Brenda Lee was… I must have a pretty smart 14 year old!’”
25 minutes after our conversation started, Alison Krauss no longer seems fed up. The opportunity to wax lyrical about her favourite country tunes has given her a new lease of life, pushing away any frustrations she might’ve had about transatlantic phone lines, incoherent accents and that “pain in the neck” throat infection – for the time being at least. But ain’t that the beauty of the music we love? It has the power to heal you when you’re broken, to lift you when you’re down. And, in the case of Windy City, to blow you away.