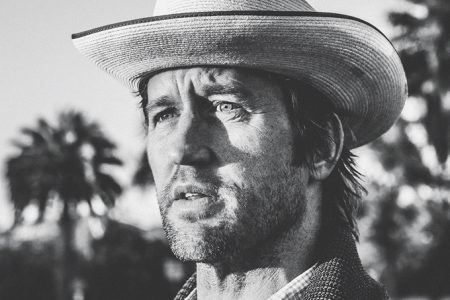 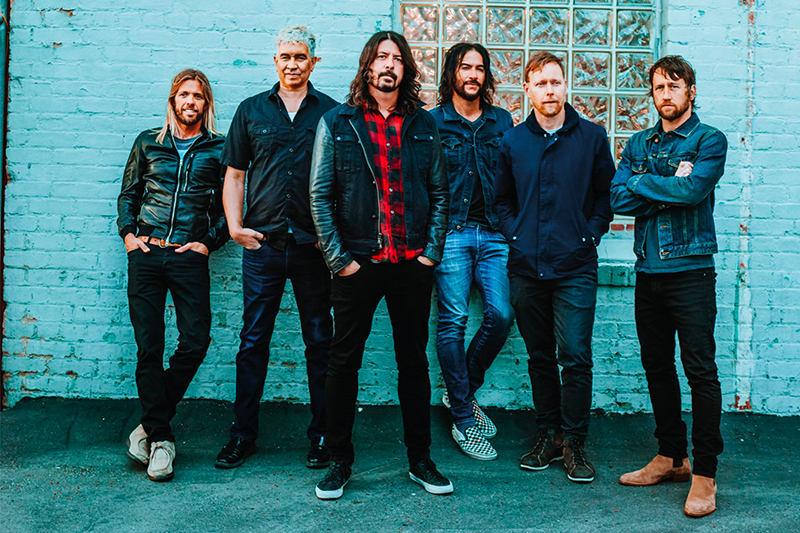 “I never worked with a producer on my solo stuff, it was always just me. I asked Dave to produce my record because I wanted the experience of having somebody come in and take my songs to another place. It’s a little counter-intuitive for me, and probably for a lot of musicians, but I just shut the fuck up and listened, and I’m glad I did, you know?”
Shiflett’s previous albums with the Dead Peasants, their self-titled 2010 record and 2013’s memorably-titled All Hat And No Cattle, led directly to the new release. The latter was a covers album with a version of the Waylon Jennings song he played live in London recently, and tunes by Haggard, Owens, Jim Ed Brown and Dwight Yoakam. Along the way, Shiflett’s remembered to make sure he’s having fun.
“The first Dead Peasants record was the first time I ever wrote and recorded songs that were leaning in the direction of Americana,” he says. “They were based around acoustic guitar, and there’s a lot of pedal steel. I went out and toured it a little bit, and I started to notice that when we would throw in a couple of honky tonk covers, those were the only songs that people seemed to have a good time with. That record is all minor key and mopey, and the songs just aren’t very fun to play live, so that led to doing the covers record.
“For a long time I was listening to was the really old country, so I wanted to go out and just get comfortable playing that style of music. That led to the record and writing these songs just felt like a natural evolution of my songwriting. I personally don’t think of it as a straight-up county record by any means, it’s equal parts rock’n’roll and country and whatever, a mish-mash of a bunch of different things. But that honky tonk sound is definitely a big influence on it.”
Open Your Eyes, Step In The Light
A lot of the acceptance of an album is perception, of course. Shiflett agrees. “Based on where your interests lie, people react to you differently,” he says. “Country people think of it as a rock or punk rock or cowpunk record, which cracks me up, but I’ll take it. Then rock people think it’s like a country record, and I don’t view it as a straight country record either… If somebody hears a steel guitar or a mandolin, ‘Ohh! It’s a country record’.
“Country is such a broad term now. Mainstream country is pop music nowadays, and some of it isn’t really all that far off alternative rock, it has a lot of the same sounds and chord progressions.
“In the old days, country relied a lot more on that 1 4 5 chord progression, and there was a darker line stylistically between it and other genres. Now that’s not the case. But the same can be said of all genres, they’ve all blended together in a way. It makes me happy that I can go and play a festival like Stagecoach and not seem wildly out of place at it.”
With Foo Fighters back in tour mode, Shiflett says that he’s looking for “cracks in the schedule” where he can fit in some more solo shows, and will mount his own next tour whenever time allows. In the meantime, he’s well adjusted to the differences between being in a globally-celebrated rock band and going out on his own as an alt-country adventurer. Just stay off a couple of topics.
“I get the whole ‘the guy from the Foo Fighters is going country’ perception, but if you don’t know me personally, how the fuck do you know what I’ve been listening to? But that’s par for the course. At the end of the day, the reaction’s been pretty good and we’ve gotten some good reviews. When you put out records, you have to accept that some people are going to like them and most people aren’t,” he concludes.
“It’s fine, it’s not for everybody. I don’t care if somebody gives my record a bad review, I can totally deal with that. The only time it sticks in my craw? I read a review the other day that somebody said on one of the songs, I had re-purposed the theme from Friends or something. I was like what?? You can not like it all you want, but don’t hang that shit on me!’”
West Coast Town is out now on SideOneDummy. More information visit chrisshiflettmusic.com. Check out his podcast at walkingthefloor.com.