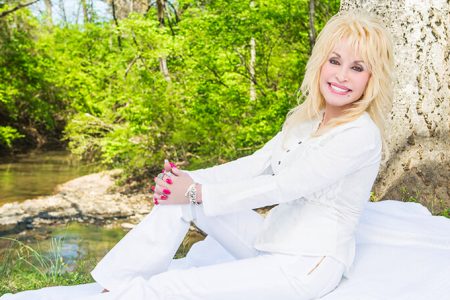 In our exclusive interview Dolly Parton bares her heart to Eve Barlow.
Truly a people’s artist, Dolly Parton’s lyrical inspiration on her latest album, Pure & Simple, is the same as it’s always been. She famously titled the character of the song Jolene after a child with that name at the front of her show.
She insists her new guitar-led album highlight Head Over High Heels, which references Adele, is no shrewd attempt at luring the biggest popstar of 2016 into the studio. It’s just about who she uses for make-up inspiration these days.
“Ah! Don’t you love that song?” she says. “I was just writing it and I didn’t even mean to [namecheck Adele]. I started singing, ‘Put on ma high heels/Lips painted…’ and I was thinking about painting my eyes up and all of a sudden it just came to me – ‘…my eyes like Adele’. And I thought, ‘Oh I love that line’.
All my little nieces, all my girlfriends, everyone’s always trying to paint their eyeliner like Adele, and I thought, ‘What a clever little line for that’. You always hear that saying, ‘I’m head over heels in love.’ Well, for me, it would be ‘head over high heels’. That’s clever, right?”
This year Dolly also celebrated her 70th birthday. “Did you say 17?” she jokes. “I heard 17”. Another time-old saying is that age ain’t nothing but a number, and the track I’m Sixteen is testament to that – a song about how she still acts like a teenager in love. It was written about her sister.
“She had two terrible marriages, they broke her heart and she was so devoted to both of them. She thought, ‘I’ll never love again’. So down and depressed. All of a sudden she meets this guy, they’ve been through similar stuff, they got together and they are so happy they’re like two little silly kids. I thought, ‘My God, they think they’re 16!’ That’s where I got the inspiration for that.”
Feminism
When it comes to her stance on feminism – a word she still says makes her feel uncomfortable – Dolly is quick to attest to the important males she’s looked up to throughout her life.
“I never think about it like that [men vs women]. Every once in a while I’ll look around and think, ‘Oh my, I’m the only girl in here’. But I just always had what I had to offer. I grew up in a family of six brothers and my dad, my uncles, my grandpas. I was very close to them. I just understand men, I’m comfortable with men, unlike a lot of women. But I’m so, so proud of women – of us.”
Even when discussing her former boss Porter Wagoner, who she co-starred with on The Porter Wagoner Show, and wrote I Will Always Love You about after parting ways with him, she’s gracefully measured.
“He gave me a wonderful opportunity. I’ll always be grateful for that. He was a country boy and there was that inbred male chauvinist thing in him that a woman’s place is in the home. So when I started, and all of a sudden not only did I write songs but I sang them too, and had business thoughts, we clashed. We still need each other, men and women. We need our boys in their places and we need to be left alone to be in ours to do what we do. I think it’s wonderful that we’ve got to that point where we can be equal. Of course, there’s still a lot of work to do.”
Staying Power
Parton’s appreciation of men stems from the fact she inherited her acumen from her father, then built her career from it to ensure longevity and real staying power.
“My daddy was a real smart person. Daddy was not educated at all but daddy had horse sense – that’s what we call it in the country, they call it street smart in the cities. That innate knowledge of what to do, what not to do, how to bargain, how to barter, my daddy was great at that. So I got my business sense from my dad. My daddy took care of everything, he counted every penny, he needed to know where everything was going, he had to.
I learned that early on and I just applied that to my own business.” 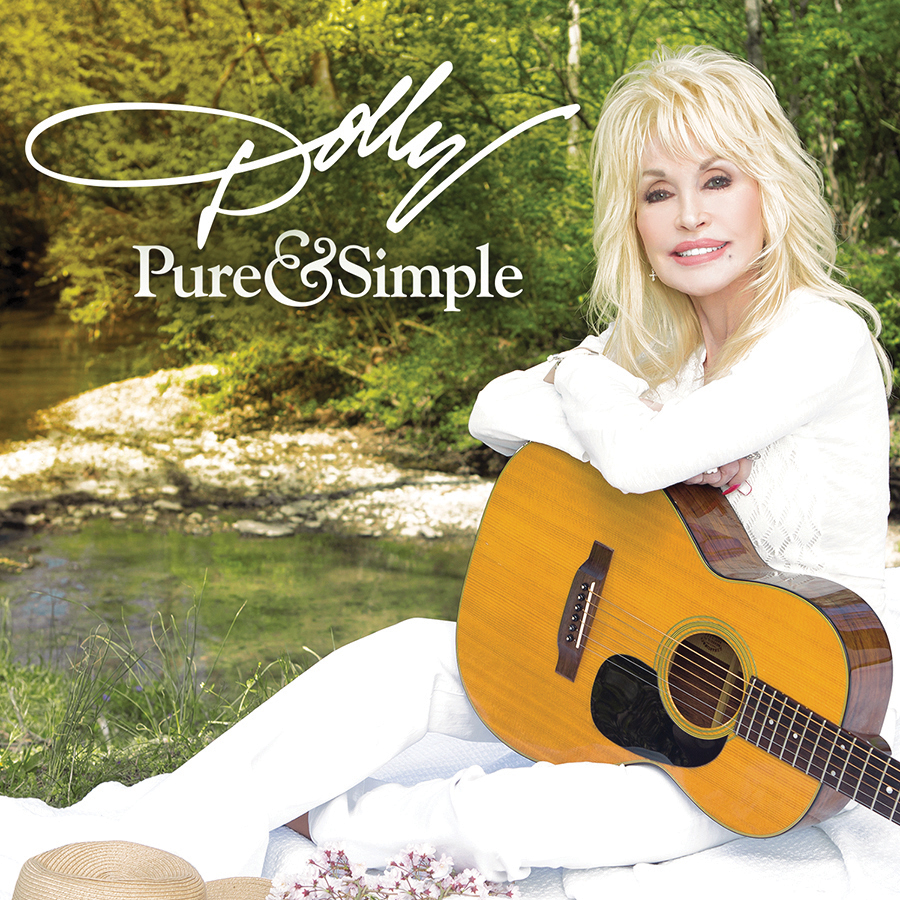 Parton played the long game and it’s worked. “I knew I didn’t wanna get hick-rich like so many young people do in the business. I didn’t wanna just make a bunch of quick money and then be gone tomorrow. This is a fickle business. You can have one or two hit records, or even just one, and think you’re the biggest star in the world and it never [takes off].”
Passing down the generations, her god-daughter Miley Cyrus seems to have picked up some of that horse sense too. Parton doesn’t speak to Miley too regularly but the relationship there is authentic. “Don’t you love her?” she says.
“I love Miley. We’ll send little messages back and forth now and then. I think the girl is so talented, so smart. She’s young and when she was going through all her stuff, she was trying to become who she is and that’s been hard for her, to crack through that other glass ceiling – that Hannah Montana entity – to be allowed to be Miley Cyrus.
Everybody was so worried about her and I said, ‘Look, I’m not worried about her. I know she may be doing a lot of stuff but she knows what she’s doing. I don’t worry about how far or how high she jumps, she’s gonna land on her feet!’”
Artistic Integrity
Dolly knows how to fight for artistic integrity, too, having been criticised in the 80s in particular for turning her back on the country scene, and charging ahead into something more mainstream pop.
“You have to do what you feel is right for you [as an artist] ’cos you are an individual and you know what your own talent is,” she says. “That old saying – To thine own self be true? – there’s a lot to be said about that cos a lot of people don’t do that.”
Some of that authenticity has also left her vulnerable, and she’s paid the price. Her looks have been the subject of ridicule, the media have pointed out that she’s never had children, there have been questions over the sanctity of her marriage to the mysterious Carl Dean, who she just renewed wedding vows with after 50 years together.
On the subject of openly discussing the hardships along the way, Parton has her own theories: “I wanna be a light. I ask God every day to let me say something, do something, be something for all of mankind, to bring joy to people’s hearts, to do something to make people feel better about themselves. To let me be something good in this world, something that can be of help.
“So whatever I may be addressing I’m not ashamed of anything. I think it’s good that if I know about somebody having a problem that I can say, I’ve been there. People say, ‘Oh, you seem to be so happy all the time’. I say, ‘Well, that’s the botox!’ Haha! I look like I’m happy all the time.
You cannot be a sensitive person like me, be a songwriter, be an artist, and not leave your heart wide open. I feel everything to the core. You know, I am a human being. But I try to work through the hard times in my life with faith, with a good positive attitude.”