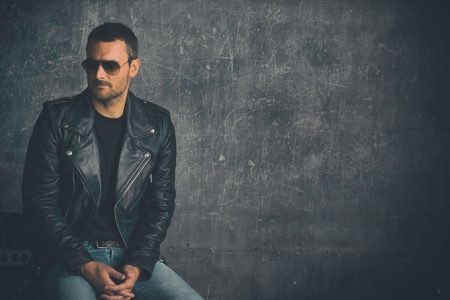 Crossover country king Eric Church talks to Country Music’s own Teri Saccone.
Just because he’s been heralded as the crossover king of country with his rock ’n’ roll swagger, don’t make the mistake of presuming that Eric Church sees himself as being confined to any musical categories whatsoever…
“The interesting thing about country is that it’s such a big umbrella,” Eric says. “It’s so broad that it can include a lot of things. Personally, the heart of country for me is Americana music.”
Church has been deemed “outlaw country” for his slightly subversive lyrics and sometimes rebellious nature. Furthermore, he and ultra-tight band The Outsiders are cohesive and explosive both on stage and in the studio, the latter evidenced on five incredibly commercial yet critically-praised albums.
Country Music magazine sat down with the North Carolina native and found that although practically worshipped in the USA, he remains focused, grounded and engaged. Assuredly, this singer-songwriter has tapped into the galvanising nature of music: “Funny how a melody sounds like a memory” is the chorus from his monster hit Springsteen, essentially a fan letter to The Boss.
Church grew up in the picturesque and sleepy enclave of Granite Falls, North Carolina, where he was both high school valedictorian and basketball star. Definitely a weird hybrid when you also consider there was music in the mix. When not shooting hoops or studying, Church was practising guitar, as he’s a self-taught player who preferred songwriting to socialising as a teenager.
In November last year, Church released Mr Misunderstood with zero promotion nor even an announcement, which was audacious for not only its bold and quiet birth but also the fact that he managed to keep the music off the radar from even his record label until he actually released it.
Mr Misunderstood came about largely due to Church experiencing an almost otherworldly visit from his songwriting muse. “The songwriting spigot was turned on full blast and the songs spilt out for a reason.
I’ll never know why, and no one expected an album at the time. Rather than putting it on a shelf to fire up the promotion machine, we just dropped it out there. We kept it a secret until the day it came out. In order to do that without fanfare and publicity we had to buy our own record processing factory in Germany.”
That small factory will remain under the ownership of Church, at least for now, so he reports: “The good news is, with vinyl, there’s lots of demand. And there’s not a lot of places that do that.”

The intensely productive period that gave rise to Mr Misunderstood was definitely a welcome occurrence but it was an absolute fluke, an aberration according to Eric. “I’ve had nothing since that happened last summer,” he adds with a laugh.
“There are no more songs right now dying to come out like there were suddenly inside me last year. Whatever it was that happened to me during that time is gone. Nothin’ ever since,” he explains as a cheeky smile spreads across his face.
Mr Misunderstood was also different from other albums because Church didn’t attempt to get into a songwriting frame of mind in order to get focused on his music and lyrics, as he’d done previously. It was just as though proverbial lightning struck and he caught it in a bottle. 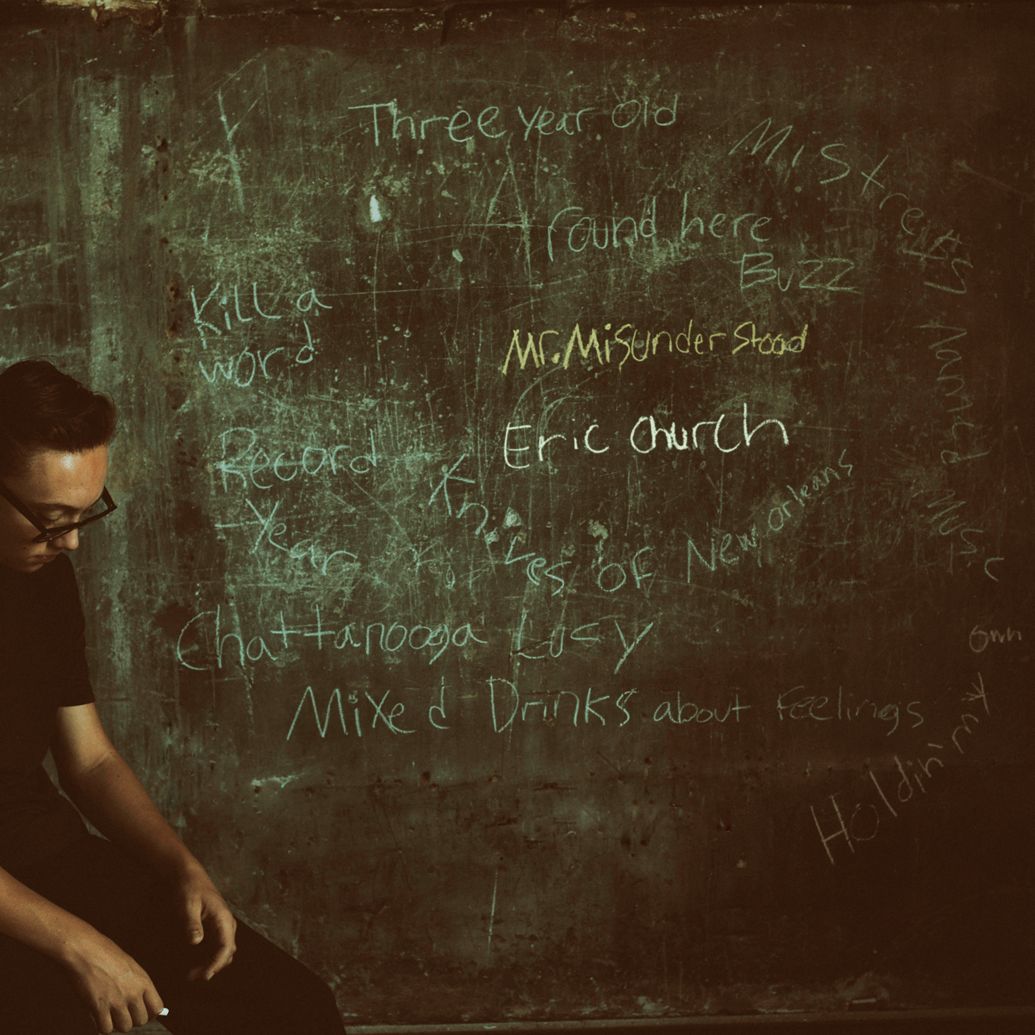 “Normally with songwriting I’ll take my time, try to separate myself from home and family distractions. But this album was totally unplanned and it was different, as the songs came to me so fast that I wrote one song, which immediately led to another and then another and so on. It was almost embarrassing that they came to me like they did and I felt I was losing my mind at one point getting all of these songs coming through me – and they felt like the best songs of my career, too.”
Growing up in the South, Church was immersed in the bluegrass tradition, and he is versed on the guitar, banjo and mandolin staples of that scene. “I grew up playing a host of instruments but guitar is my first choice and it’s what I use as my writing tool.”
Although there remains a south/north cultural divide in the US, Church is no Southern apologist. “I am proud of being from the South and I can’t shy away from that, and I think it’d be a crime to hide from that,” he admits. “I’d prefer people to not like me or my music rather than me pretending to
be something or someone I’m not. It’s who I am. I’m a Southerner. Period.”
What Church has always been on some level is a rebel of sorts, a reputation he has earned over the last few years. He and his band were fired from an early tour when opening for Rascal Flatts for essentially blowing them off the stage.
“I’ve always been competitive and I am musically competitive too,” he admits. “I don’t always play by the rules and maybe we played too long and a little too loud for them.”
Another aspect of Church and The Outsiders’ live shows is that they tend to encompass not only the hits but also the odd rare track from early on in his career. Mixing things up is interesting not only to his hardcore fans, but to Eric too.
“I know most fans come to see us to hear the big hits. For me, it doesn’t always have to be about that big song,” he says. “The fans also love it when they hear maybe Lightning or Can’t Take it With You. And that’s who the show has become more about. It’s the people who have been there for the long haul as much as the newcomers. There’s always going to be people coming on and falling off fan-wise depending on what you’re doing commercially – that’s the nature of the business. But our fanbase is built on those songs in between the bigger singles. Some fans also want to hear those deep cut tracks.
I remember the first time we played Can’t Take it With You on The Outsiders’ tour, about seven or eight shows in, it was probably the first time we played it on tour since the Sinners Like Me era (2006/7), and as soon as the lick started, the audience went totally nuts.”
Church boldly claims that “all genres are dead.” His intention is to illustrate how differently music lovers consume music today with the advent of technology and the decline of labelling music in defined idioms: “The way that people listen to music has obviously changed and the way young people listen to music has drastically changed. Whether it’s on an iPhone or Spotify, the way people now hear music is not genre-based, so they’re not listening by genre. They listen to music for the sake of music. When we grew up we had specific radio stations, specialised MTV channels for different music and such. All that is gone now.”
After much writing and touring in 2015/16, Church has not turned his thoughts toward his next album just yet. But he’s not vacationing either, as he’s been playing some summer dates in the States while plotting a new tour for early next year.
“I don’t really know where to go next [creatively]” he admits. That last album was kind of an honest, grown-up assessment of where we were. I haven’t really been working on anything for the past few months, other than the next tour, which we’re kicking off in January, so we’ve been working on that.
We’ll be releasing some of that information in the next month or two.”
Church has amassed a slew of music industry awards, yet is not impressed with accolades nor self-congratulation. “It all comes down to the performance for me. As much as I think it’s great to win awards, it’s never the reason I make music. For me, the pinnacle is walking out there every night and playing songs and having everybody in the audience singing back to us. For me, the real focus is on strapping on my guitar, going out there and playing. It’s a huge privilege.”