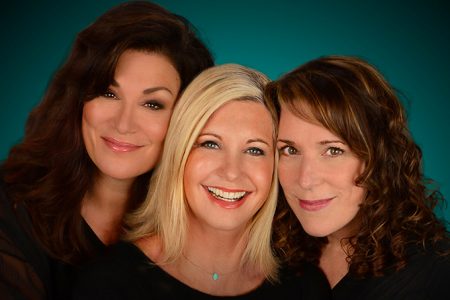 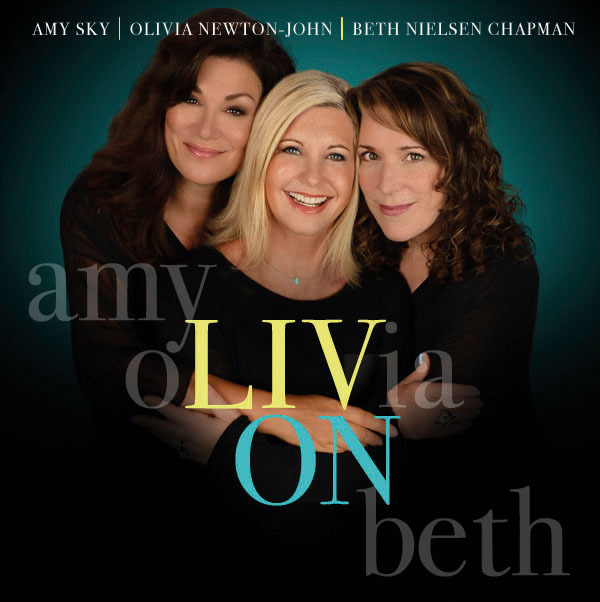 The three also cut new versions of Olivia’s Grace And Gratitude; I Will Take Care Of You, which was a Top 10 hit on Canada’s Adult Contemporary chart for Sky; and also Beth’s Sand And Water. “I always thought that song was absolutely stunning,” Olivia opines.
“I was a little nervous about redoing it,” Beth admits. “That song’s been a big part of my career for 20 years and when something’s not broke, you don’t want to fix it. But the harmonies came out so lovely.
“In fact, I was just inducted into the Songwriter’s Hall Of Fame, and Olivia and Amy flew to Nashville and did an absolutely exquisite version of it. I wasn’t allowed to sing. I just had to receive. But they did Sand And Water and my son played guitar and sang the third part, and it blew everybody away.”
Olivia discovered the healing power of music after successful treatment for breast cancer in 1992. As she recovered, she poured her feelings into the album Gaia: One Woman’s Journey, which was the first disc on which she wrote all the material.
“It just came to me,” she recalls. “I kept waking up in the night with these songs in my head. I’d finished my chemotherapy and I’d gone to Australia to heal, and these songs just kept coming to me. I’d have to get up at three o’clock in the morning and write them down.
“Music is a great way of expressing your feelings,” Olivia continues. “In three minutes, you can express your feelings about something and it will help you heal. It has with me.”
Beth agrees, and urges anyone going through grief or trauma to try a creative activity. “It doesn’t have to be grand. It could be sitting at your kitchen table playing with Play Doh while you’re going through chemo. There’s a healing device within us that works through creativity,” Beth states. “Whether it’s writing in a journal, painting a picture, arranging flowers or baking bread, anything that brings something beautiful into the world, or something poignant or something with an emotional quality, is healing.”
Stone Free
The first single from Liv On is also the first song that the trio wrote for the project, the uplifting and slightly funky Stone In My Pocket.
“It’s about the fact that when you first go through loss, it feels like you’re carrying a boulder around with you,” says Olivia.
“Then, as time goes on, some days it feels like a boulder, some days it feels like a pebble in your pocket. You carry it around with you, but you can cope with it.”
“Radio likes stuff with tempo,” says Beth. But the beat to Stone In My Pocket also emphasises the fact that, despite being aimed at those in pain, Liv On is actually far from being a miserable listen. It’s warm, life-affirming and designed by its very nature to make you feel better.
“The album came about as a way of healing ourselves,” says Olivia, at the close of our conversation, “and it seems like it’s healing other people, which is wonderful.”