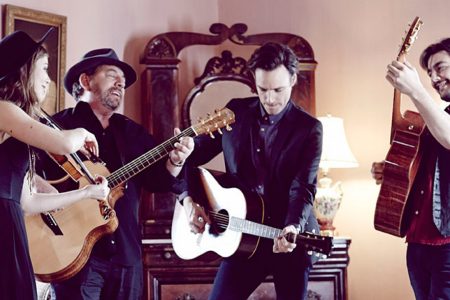 Americana blues band, JD & The Straight Shot, who recently released their latest album, BALLYHOO!, are back with a new single, the beautifully crafted Better Find A Church.

In their stunning album BALLYHOO!, the band explores a stripped-down version of its distinctive sound. The completely acoustic project is storytelling at its finest, steeped in the quiet fire of Americana with elements of blues and rustic New Orleans roots music.

The songs are built on emotion with musical arrangements that mellifluously interweave and effortlessly paint lyrics. This breadth of range and the clarity that the music brings to some universal issues and hardships are part of what makes this band unique.

The band has opened up for the Eagles, Keith Urban, and the Dixie Chicks and boasts a range of musical accomplishments, including features in The New York Times, New York Post, Billboard, and New York Magazine.

Better Find A Church is out on May 20.