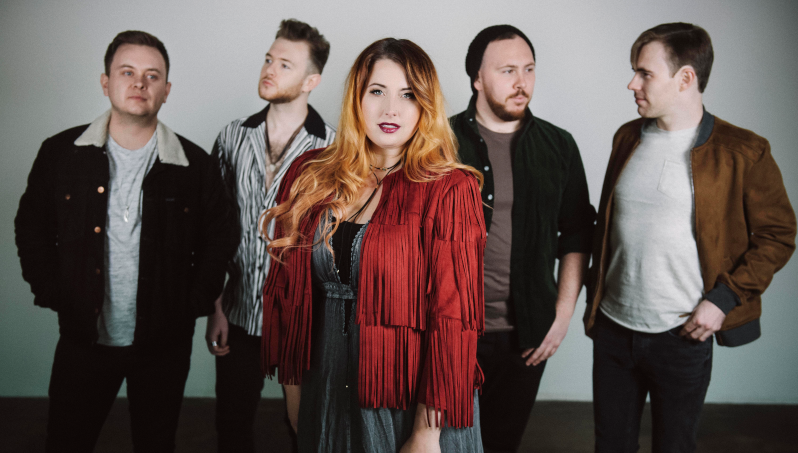 Jess and the Bandits have released a new song in the shape of Bulletproof, which is the first to be shared from the band’s upcoming EP ‘Riding Shotgun’. You can listen to the track here.

The group – fronted by Texan vocalist Jessica Clemmon and also featuring Chris Howard, Luke Thomas, Jake Woodward and Callum Williams – have been very productive in 2019 and Bulletproof follows in the footsteps of Love Don’t Give A Damn, which was shared back in September.

Bulletproof – written with Victoria Banks (Jessica Simpson, Sara Evans, Johnny Reid) and Emily Shakelton (Carly Pearce, Lauren Alaina, Cassadee Pope) – was chosen as the lead single from the upcoming EP due to the fact that it went down so well with audiences on their last UK tour, with it appearing that ‘Riding Shotgun’ will be released in the first part of 2020.

Jess and the Bandits sought the production skills of Latin Grammy Award winner Femke for ‘Riding Shotgun’, who has also worked with The Adelaides and Belle Mt.

The band gave continued to grow in profile in the UK, having appeared at C2C and the inaugural Long Road Festival. In addition, they have also made BBC Radio 2 playlists down the line.