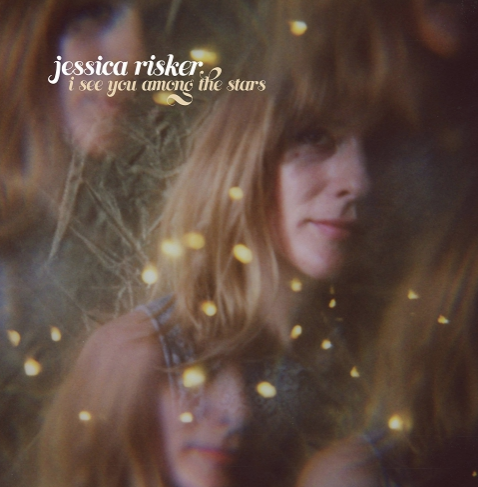 I SEE YOU AMONG THE STARS

Also performing under the name DEADBEAT, Jessica Risker’s output veers from electro-psychedelic towards psych-folk. Recently she’s experimented with an electro-psych album BIG FOREVER and SOFT MOONS: TWENTY LULLABIES, a collection of original music box lullabies. For I SEE YOU AMONG THE STARS, Jessica has stripped things down to just her sleepy, rather twee vocals and acoustic guitar with psychedelic sound effects overlaid in the background. The result is a pleasant enough folk album of just eight numbers spanning a meagre 30 minutes. The song writing is clever enough but if the listener can stay awake long enough, every haunting track sounds much the same as the last. When not performing solo, Jessica performs with Joshua Wentz (keyboards/synths, drum machines, electronix), Jarrett Hothan (bass) and Adam Wiebe (drums) who are presumably, responsible for the psychedelic tinged backing. Songs like ‘Anyway When I Look Into Your Eyes’ and ‘Zero Summer Mind’ display a mature songwriting style but after repeated listenings, I continually found it difficult to make it through to the final track before descending into a deep coma.