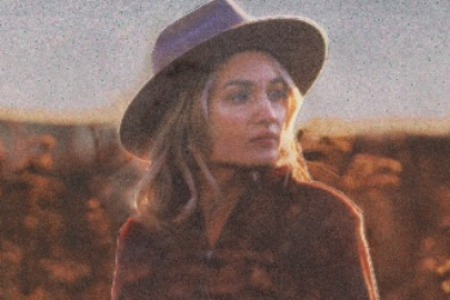 Americana singer/songwriter Jessica Willis Fisher has set several personal appearances surrounding the release her hauntingly beautiful and brave personal memoir, Unspeakable: Surviving My Childhood and Finding My Voice tomorrow, November 1, 2022 through W Publishing, an imprint of Thomas Nelson. Using the written word as her witness statement, Jessica Willis Fisher gives a lacerating portrait of a girl finding her voice after years of being silenced in an elegant, harrowing story of the manipulation and codependency that defines abusive family relationships. Unspeakable is now available for pre-order HERE and Jessica will give her first televised interview tomorrow (Nov. 1) on Tamron Hall, along with a performance of her autobiographical song, “My History,” from her recently released album, Brand New Day. Check local listings for showtimes HERE. An autographed hardcover edition of Unspeakable is currently available from Premiere Collectibles and Jessica will be signing live from on Instagram tomorrow, November 1, at 1pm EST. Join the virtual event HERE. BookTrib praises, “I was not expecting the depth at which Fisher would share her world, nor how gracefully she would navigate it for us…Unspeakable is a book that should be read, by girls and women who may think that they will forever be defined by the things that happen to them.” Growing up the eldest daughter in a large, highly controlled, fundamentalist Christian household, Jessica was groomed to write songs and perform with her family’s touring group, The Willis Clan.  Jessica was expected to conform to her father’s disturbing and chaotic teachings, but she survived his mental, physical, and sexual abuse.  Her family shot to fame after an appearance on NBC’s “America’s Got Talent” and soon after had their own reality show on TLC – “The Willis Family”– for two seasons. The world loved this beautiful family of 12 kids; young and vivacious, the Willis’s presented themselves to be extraordinary and happy. But the older and wiser Jessica got, the more she had to face that what was going on behind closed doors would forever be escalating.  Publisher’s Weekly declares, “In this wrenching debut memoir, singer-songwriter Fisher recounts the “mental, emotional, spiritual” as well as brutal physical and sexual abuse she suffered at the hands of her father, Toby Willis […] It’s a painful story, but it’s bravely told, for herself and “other little invisible girls and boys.”  Beautifully written and monumental in its bravery, Unspeakable captures the beauty and ugliness of a young woman finding her way—filled with longing, fear, confusion, secrecy, but most importantly, hope for the future. Unspeakable follows the release of Jessica’s critically-acclaimed debut solo album, Brand New Day, earlier this year. The dynamic project finds her discovering that there is indeed a way forward through music. An emotional centerpiece of the album, “My History” was the first song Jessica wrote after taking a multi-year hiatus from creating, following her escape from the unhealthy environment of her upbringing. Brand New Day musically represents her new start at life and helped her reclaim her voice through music. She’ll perform music from Brand New Day on the Grand Ole Opry this Saturday, November 5.