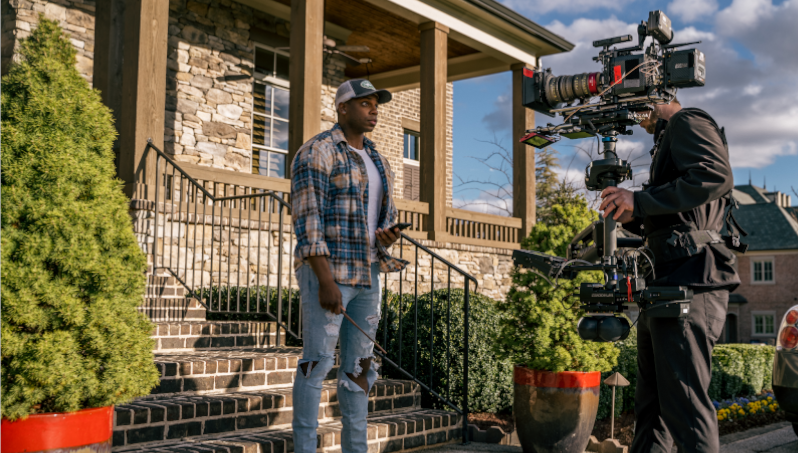 Jimmie Allen has released the video for his latest single Make Me Want To, which is the second single he’s released from his debut album ‘Mercury Lane’. You can watch the video below.

The video – which shows Allen receive a magic wand from a fairy godmother to thank him for his generosity and his subsequent adventures with it – was shot in Franklin and Nashville, Tennessee and was directed by Justin Nolan Key.

Speaking about the video, Allen said that he took a lot of inspiration from a number of high profile films for the video and wanted to fuse them all together, before stating that this is just the first part of a five-part series of videos.

“I’m a huge fan of Disney, Harry Potter and ‘The Notebook.’ I wanted to create a video that showcased my love for all three,” Allen said. “I feel like authenticity is celebrated today more than ever so with this video I really wanted highlight my quirky side.

“I love that the video focuses on the action and the music is in the background. Enjoy Chapter 1! This is the first of a five-part music video collection. Thanks to everyone for going on this journey with me and stay tuned for more!”

The news implies that Allen has intentions to stick with the ‘Mercury Lane’ cycle for quite some time, so fans will be keeping an eager eye out to see what other tracks are released from the album.

2019 has and continues to be a very busy year for Jimmie Allen and the Delaware born artist will be heading back out on tour in the US this summer, where he will be supporting both Rascal Flatts and Chris Young. Earlier this year, Allen supported Kane Brown and Scotty McCreery in the US, while also performing multiple sets in the UK at C2C 2019.