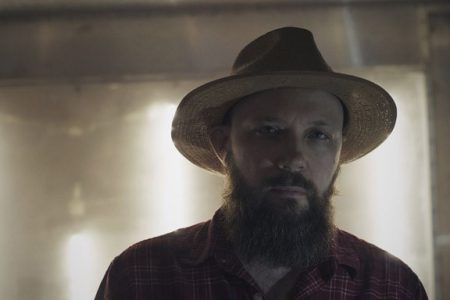 Joey Kneiser was a boy formed in the red-clay mountains of East Tennessee. Skinned-kneed and too blind to drive a car, he constantly searched for a place to locate his restlessness– playing in punk bands with instruments he taught himself to play, skateboarding with a pack of Oak Ridge ruffians, and writing his own songs amongst the humid Southern air.
The boy grew up and headed west to the small Tennessee town of Murfreesboro. There he met the group of people who would go on to form the band Glossary. As the singer/songwriter for the group, Kneiser led the band through seven albums of country/soul-infused rock-and-roll. He filled his downtime between Glossary tours with his own solo projects. In 2009, he released his first solo record, The All-Night Bedroom Revival, which he wrote and recorded in his Murfreesboro home. Two years later, he recorded and released the EP Moonlight for the Graveyard Heart. Meanwhile, Glossary’s drummer Eric Giles had begun what would become a long bout with shoulder and back problems, leaving the band unable to tour or make a record. “The five of us made a promise years ago that there was no substituting anyone in the band. If someone couldn’t play, we’d take a break.”
Moving to Nashville and building a small home studio, Kneiser began recording his third solo record The Wildness during Glossary’s hiatus. “I felt like I was starting over. I had no band and no money to pay one. I realized pretty quickly that if I was going to make a record I’d need to 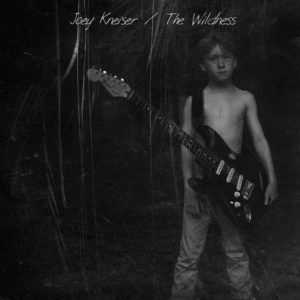 record it myself and play everything.”  He called on Glossary member and ex-wife Kelly Smith to sing with him. “We’ve been singing our whole adult lives together. I don’t like to hear my voice without hers next to it.”  What came out was a ramble of songs that echoes back to Kneiser’s youth by highlighting the illness that haunts musicians – an unrelenting restlessness. “I wanted to go back to the beginning and try to figure out what it was I truly loved about rock and roll.”
The songs that make up The Wildness hearken back to Kneiser’s musical first loves. Bruce Springsteen, The Replacements, The Band, Neil Young, Tom Petty, Bob Dylan and Van Morrison all make their influence known on the record. “I wanted to make something simple and classic sounding with the writing as the centerpiece.” The record goes from rock-and-roll driven barn burners like “Run Like Hell” and “The Heart Ever Breaking” to folk songs like “Heaven Only Wants Us Once We’re Dead” and “Every Port In The Storm.” As to the overall vision for the record, Kneiser says, “These songs are a love letter to rock-and-roll and to the person closest to you who lets you pursue it.”
In addition to his own music, Kneiser has produced and recorded records for numerous artists, including Austin Lucas and Wooden Wand. He has also made music videos for artists like John Moreland and Jason Isbell.
Joey Kneiser’s The Wildness is out now via This Is American Music.

HERE’S WHAT PEOPLE HAVE BEEN SAYING ABOUT JOEY KNEISER’S THE WILDNESS:

The Wildness offers a loose, lived-in set of songs that feel as warm and fuzzy as the first fall day you turn on your radiators. It is an album as much rooted in The Band’s earthy Americana as it is the playful, philosophical slack-rock of Pavement. – NASHVILLE SCENE

Kneiser hits all the bases: love, loss, and heartbreaking devotion to rock’n’roll. He’s not the first or last to write about these themes, but he’s absolutely one of the best. – NO DEPRESSION

Forever chasing that first love, Kneiser sings both to and for us all. Writing from his sleeve-worn heart, The Wildness holds no surprises, just honest truths we’ve come to expect. Doing what he does best, Kneiser has again outdone himself. – BUCKET FULL OF NAILS

This is how Van Morrison would have sounded if he’d been raised in east Tennessee. – WHEN YOU MOTOR AWAY

There’s a certain reverence in the songs and music on this album and more than a little magic. – BEAT SURRENDER